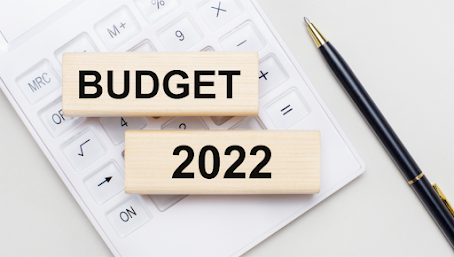 While the Business Council of B.C. welcomes the B.C. Government’s plans to improve social supports, boost capital spending and advance reconciliation, we are increasingly concerned at the lack of action to attract investment and grow the province’s most productive industries while at the same time adding costs and expanding the size of the public sector. Budget 2022 offers little to accelerate per person economic growth over the medium-term or anything directed at improving productivity and real wages and incomes for families and individuals across the province.

“Yesterday’s Budget is a missed opportunity to improve British Columbians’ standard of living during the three-year term of this plan, neglecting key actions to support sustainable economic growth that builds on the province’s many strengths,” said Greg D’Avignon, President and CEO, Business Council of British Columbia. “We are at a pivotal point of a very difficult two years, both economically and socially. The Government continues to increase spending while taking for granted sources of recent economic growth, like surging natural resource exports, rebounding consumer spending and buoyant housing markets without a solid plan for the longer-term. In an increasingly complex world where many other jurisdictions are stepping up efforts to attract productive private sector investment, B.C. must do more to get the economic foundations right -- or future generations will bear the costs of our inaction.”

Yesterday’s Budget estimates a $483 million deficit for 2021/22, which is a very different picture from the $9.7 billion shortfall projected a year ago. Although the smaller operating deficit is a positive development, it reflects booming exports, red hot housing markets, rock bottom interest rates, and an unusual double-digit increase in “nominal” GDP as the economy rebounded from the 2020 downturn amid higher inflation. The 36% jump in the value of B.C.’s merchandise exports in 2021 played a key role in moving the economy out the COVID slump. The bulk of this export gain was due to the rising value of B.C.’s natural resource exports.

“B.C.’s economy is running at full capacity and as noted by the Minister, we have largely recovered from the COVID-induced slump of 2020,” said Ken Peacock, Senior Vice President and Chief Economist at the Business Council of B.C. “At a time of strong economic growth, we are concerned the Government is building in additional costs and structural deficits, especially considering the substantial expansion of the public service coupled with the potential impact of upcoming public sector contract negotiations, which don’t appear to be fully accounted for in the Budget.”

Since 2016/2017, the provincial government’s payroll has grown by about 10,000 FTEs. The expanding public sector has played a significant role in B.C.’s comparatively strong employment recovery from the COVID-19 recession.

Building a more sustainable, inclusive economy with strong social supports requires a well-resourced Government bolstered by strong private sector growth, particularly among our most productive and innovative sectors.  We applaud the government’s commitment to grow B.C.’s life sciences and agri-tech sectors. However, more must be done to eliminate barriers to investment and business expansion across the entire economy.

There is no recognition in this Budget of the importance of the province’s export base to long-term prosperity – and, in particular, the vital economic contributions made by natural resources and other land-based industries as well as manufacturing. The Budget has no substantive measures to address the sharp rise in business operating costs in recent years or to move toward more efficient and effective regulatory regimes for our leading industry sectors.

For the fifth straight year, the NDP Government has failed to act on its promise to address the competitive handicaps imposed on B.C.’s energy-intensive, trade-exposed industries due to the design of the province’s carbon pricing system.

Instead, extending this disadvantage into 2024/25, at the same time these industries continue to face uncertainty and regulatory complexities challenging investment. This is despite British Columbia’s distinct advantage of producing natural resource and energy products that, on average, have only half the GHG-intensity of similar products from competing jurisdictions. However, we are also the only jurisdiction in the world that saddles our producers with added costs without offsetting measures to level the competitive playing field.

In doing so, B.C. is knowingly vacating the marketplace for energy and other traded goods and incentivizing investment dollars to flow to other, higher-emitting jurisdictions that have different or no carbon pricing frameworks.

“If British Columbia is to realise our full potential, and the vision of an inclusive, innovative and sustainable economy that improves the quality of life for all who live here, meaningful action must be taken to create a welcoming investment climate with streamlined regulatory processes and attractive tax structures. Unfortunately, Budget 2022 does very little to move the province forward in that regard,” added D’Avignon.

The Business Council of BC ... will release a full analysis of Budget 2022 in the coming days.