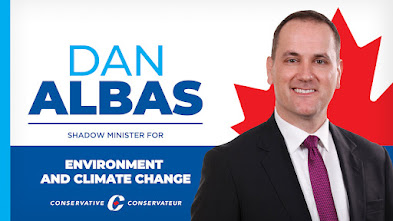 It was two weeks ago that CBC reported that Canada’s Chief Public Officer, Dr. Theresa Tam stated: “all existing public health policies, including provincial vaccine passports, need to be "re-examined" — because it's clear now that Canada and the rest of the world will be grappling with COVID-19 for months or years to come.”

Unfortunately, we have yet to see any sort of plan for our path forward from this Trudeau Liberal government.

As a result, earlier this week the official Conservative opposition tabled the following motion:

“That, given that provinces are lifting COVID-19 restrictions and that Dr. Theresa Tam has said that all existing public health measures need to be "re-evaluated" so that we can "get back to some normalcy", the House call on the government to table a plan for the lifting of all federal mandates and restrictions, and to table that plan by February 28, 2022.”

This motion by design did not dictate what that plan should look like only that we should have a plan. It was a motion that Global News Chief Political Correspondent described as a “very reasonable proposition to the Government”.

With no plan in place the illegal protests have continued and the tension in Ottawa has increased significantly.

As you may now be aware, Prime Minister Trudeau announced he was invoking the Emergencies Act, which is the replacement for the former War Measures Act. The War Measures Act was only used once outside of wartime by Pierre Elliott Trudeau at the request of the Quebec Government in 1970.

The replacement Emergencies Act has also never been used until PM Justin Trudeau decided to invoke it this week, despite opposition from many provincial Premiers most notably Quebec.

However, the Premiers of BC and Ontario do support the Emergencies Act being used.

What is the Emergencies Act? As the Canadian Civil Liberties Association describes it:

“The Emergencies Act can only be invoked when a situation "seriously threatens the ability of the Government of Canada to preserve the sovereignty, security and territorial integrity of Canada" & when the situation "cannot be effectively dealt with under any other law of Canada."

The last reference is of particular importance: that “cannot be effectively dealt with under any other law of Canada.”

In summary, much as the Canadian Civil Liberties Association has also concluded, PM Trudeau has “not met the threshold necessary to invoke the Emergencies Act”. So how does Prime Minister Trudeau get away with invoking this if the threshold is not met?

The Emergencies Act will need to be confirmed in the House of Commons where it is expected once again the NDP will prop up and support PM Trudeau and his minority Government.

Aside from the fact that it is well established that existing Canadian Laws can deal with protests, in reality this is largely an Ottawa problem where the Ottawa police for whatever reason have either been unable or unwilling to deal with.

Now many Canadians will be subject to the Emergencies Act for what we hope will be a short period of time largely to solve an Ottawa problem.

My question this week:
Do you agree with the decision by PM Justin Trudeau to invoke the Emergencies Act?