SONIA FURSTENAU -- This trust is first and foremost premised on honesty – with oneself and with others. In a time of crisis, honesty is essential 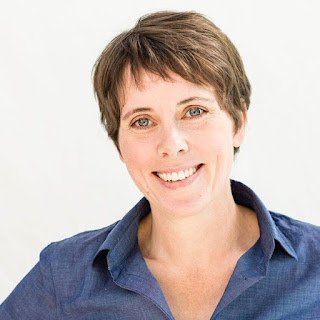 Last week, my fellow MLAs and I returned to the BC Legislature for the start of the spring legislative session. The start of a new session is accompanied by a Speech from the Throne – a statement read by the Lieutenant Governor which outlines the government’s agenda for the coming session.

This moment is important both symbolically and practically. It represents an opportunity for the government to show constituents that it has been listening to their concerns, and has prioritized its activities for the coming months accordingly. While government ought to always be listening to the public, the speech from the throne represents one of the most important moments for government to speak to the public, to say “we’ve heard you.”

The start of a new session marks a particular moment in the dialogue between the government and the people where trust is built or lost; when the public can be assured that the reality they are living is the same for those in power or, alternatively, where their sense of common ground is shaken and their trust undermined.

This trust is first and foremost premised on honesty – with oneself and with others. In a time of crisis, honesty is essential.

But in today’s political climate – so skewed towards short-sighted political actions, the 24-hour news cycle, and the viral spread of headlines and sound bites – politicians and media creators are often rewarded not for their honesty but for the size of the splash they create.

This incentivizes a culture of telling people those things they want to be true, rather than the truth itself. This is especially dangerous in times of overlapping crises.

In the Throne Speech, we were told that British Columbia is the “best place to live and raise a family.” While this is no doubt an optimistic image, it is not the reality experienced by the families struggling to find housing in Cowichan or indeed any almost anywhere else in the province.

Likewise, for the many small businesses that have been forced to close their doors after pleading for assistance from the government and draining their life’s savings, saying that BC has “the strongest economy in Canada” is difficult to square.

These statements are excellent examples of toxic positivity, characterized by an excessive overgeneralization of optimism which crowds out, denies, and invalidates authentic experiences to the contrary.

We live in times of many overlapping crises – the ongoing pandemic, the housing crisis, the toxic drug crisis, a widening class divide. When the experiences of those living through these crises are invalidated, trust is lost.

In the recently released 2022 Edelman Trust Barometer, the researchers write:

“We find a world ensnared in a vicious cycle of distrust, fueled by a growing lack of faith in media and government. Through disinformation and division, these two institutions are feeding the cycle and exploiting it for commercial and political gain.”

The researchers find that four forces are driving this cycle: government-media distrust, overreliance on business, a mass-class divide, and a failure of leadership which has shifted trust away from democratic publics towards siloed echo chambers.

What to do? How can the government restore trust and demonstrate the need for healthy democratic institutions?

Put aside the hyper-partisanship between elections, and instead focus on transparent, collaborative, accountable decision-making. Shine a light on how decisions are made, on what is informing those decisions, what the intended outcomes are, and be accountable by measuring those outcomes.

Acknowledge when efforts are not working to achieve the outcomes we are striving for, and be open about when and why its time to change course.

Do not, on the one hand, say that this is a government committed to tackling climate change while on the other hand, continue to give billions of public dollars to prop up the fossil fuel industry. Do not say that there is “nothing more important than protecting the place we call home” when we continue to allow clear cut logging of some of the last old growth in the province.

Do not tell British Columbians that they have “better care faster and close to where you live” when over 800,000 people – including tens of thousands in the capital regional district who just found out they are losing their primary physicians – do not have access to longitudinal care.

Do not say, as surgeries have been cancelled again, that British Columbians are “getting more surgeries”.

Trust is built upon honesty, transparency, and accountability. Now, more than ever, we have a duty to be honest with ourselves and each other, so that we can get on with the work that needs to be done.

Sonia Furstenau … MLA for Cowichan Valley, and Leader of the BC Greens.