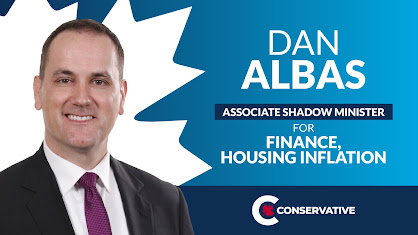 When I wrote my report last week Putin’s invasion of the Ukraine had not yet begun.

One week later and we are now bearing witness to the atrocities of war due to the actions of the Russian President.

Over the past seven days we have also witnessed the incredible bravery of a proud Ukrainian nation determined to fight for their homeland that has inspired the free world to come together in response to this brutal invasion.

With sanctions growing by the day and more nations joining in to stand with Ukraine, the financial impacts are now beginning to show an impact in Russia.

In Ottawa there has been widespread support among all the parties behind the government to take increased action against the Putin regime.

From my own perspective I believe the Prime Minister and the Deputy Prime Minister have been doing an effective job given that one country, such as Canada, can only do so much to impact a country like Russia that we have limited trade with.

I will continue to support the government in taking actions against Russian and standing with the Ukraine as it fights off this Putin provoked military invasion.

While I am writing this week's report, the Bank of Canada has announced that the key interest rate is being increased to 0.5%. This is potentially the first interest rate increase with more to follow. To some this will be of little concern, however I am already hearing from others who are very concerned.

In November of 2021, the consumer credit rating agency Equifax reported that "Increasing credit activity in tandem with mortgage growth has pushed the overall consumer debt up to $2.2 trillion, an increase of 7.8 % in Q3 2021 when compared to Q3 2020.”

It was also reported that "average consumer debt (excluding mortgages) is now $20,739"

For consumers who have variable rate mortgages, a line of credit or credit card debt increased interest payments mean there is less money remaining in the household budget after making your monthly or bi-weekly payments.

Worse, this comes at a time when many household budgets are already stretched coping with increased costs on groceries, gasoline, utilities, taxes, insurance other inflationary pressures.

As others have noticed, net take home pay was also decreased in January of 2022 on account of larger payroll deductions from increased CPP deductions.

My question this week relates to the increase in interest rates:

Is this a concern to your household budget?