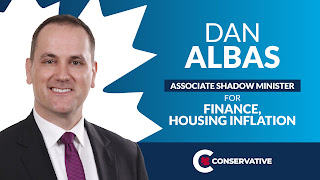 The House of Commons is in session this week and the week began with some interesting developments.

Most notable was an announcement between the Liberals and the NDP that a back-room deal has been reached that will result in the NDP supporting all Liberal confidence votes until the next election in 2025.

This deal essentially gives Prime Minister Justin Trudeau the majority government he was unable to achieve at the ballot box in last year’s $600 million federal election.

In exchange for offering their support, NDP leader Jagmeet Singh received promises from PM Trudeau that the Government will work towards implementing some key NDP programs.

Some of the more significant programs include potential “dental coverage for low-income Canadians” that would start with children under 12 this year and be expand to those under 18, seniors and persons living with a disability next year.

Full implementation is promised by 2025 although coverage would be restricted to families with an income under $90,000 annually.

At this point we do not know what dental services would be covered and to what extent.

Another promise involved in this deal is, and I quote directly:

"Continuing progress towards a universal national pharmacare program by passing a Canada Pharmacare Act by the end of 2023.”

The details of how this program would work given that provinces like BC already have a successfully working pharmacare program are unknown.

The deal also includes promises related to “tackling the climate crisis”, a “better deal for workers” that includes a prohibition from using replacement workers or “scabs", during a strike or lockout in a federally regulated sector.

There are also promises on reconciliation, a “fairer” tax system, and “making democracy work for people”.

From my perspective what is most fascinating about this deal is that it was only back in September of 2021 that PM Trudeau, as reported by CBC, “dismissed the NDP as an unserious option, saying the NDP has presented a vague plan to spend $200 billion more over the next five years while offering few details".

What the Prime Minister claimed was "unserious" then,  he is supporting now- all in an exchange for power.

Meanwhile NDP leader Jagmeet Singh also said in September that: "We think Mr. Trudeau is bad for Canada because he's failed on the crises and made things worse, not better".

The National Post this week has reported that: “Some MPs in the NDP caucus oppose the party’s confidence deal with the Liberals".

As the Official Opposition, we view this as a power grab by PM Trudeau.

The PM could have introduced any of these measures since coming to power in 2015 and has failed to do so.

In fact, when the NDP proposed some of these measures through Opposition Day motions the Trudeau Government has consistently voted against them.

Likewise, nothing prevents Prime Minister Trudeau from proposing any of these actions in a government bill going forward that the NDP would clearly support.

However, none of that would give the Prime Minister the effective power of a majority and the added unaccountability and lack of transparency that comes with that.

Do you share the concerns voiced by unnamed NDP MPs that oppose this backroom deal?