FORSETH – “Never again”, cannot simply be a phrase, it needs to mean something. NATO in ... RUSSIA out

I can’t help but feel I am not alone in worrying, and wondering, about what the world can do following the rolling of Russia’s military in to the sovereign and independent country of Ukraine. 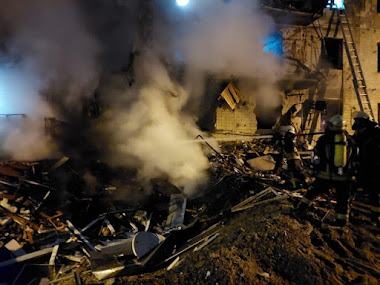 Just 39 years old when the Union of Soviet Socialist Republics (USSR) collapsed at the end of 1991, former military intelligence officer Vladimir Putin seems, by all appearances ready to once again use the hammer of military force to overpower any resistance to his aspirations.

While crushing resistance at home to a war which many everyday Russians oppose strongly, and indiscriminate bombing going on in the Ukraine, it seems that the megalomaniac President of Russia, Vladimir Putin, will not counter any resistance to his imperialistic intents.

But now, what should western democratic countries do?

In addition to actual military targets, Putin has unleashed the targeted bombing of schools, kindergartens, hospitals, and homes – with the end result of innocent civilians being killed – no, let’s call it what it is – murdered.

Still, the people of the Ukraine continue to resist Putin’s military forces precision as they continue to take out armoured tanks, troop carriers, planes, and helicopters, and inflicting continues deaths amongst Russian troops which it now appears had no idea they were being sent into war.

Today’s application for membership in the European Union is now being considered, but that will for all intents and purposes only be symbolic.

Ukraine can not be allowed to fall, otherwise the entire stability and independence of Eastern European countries will be at risk of Putin making up any excuse to invade former countries of the USSR.

And, unless the United Nations can finally show some teeth and oust Russia from all committees it sits on, and outright declare Russia to be a pariah on the world stage, it’s time for Canada to walk away from this organization.

According to the Charter of the United Nations (UN) itself, the foundation document states it is to "save succeeding generations from the scourge of war” ... and one of its main purposes is to maintain international peace and security. 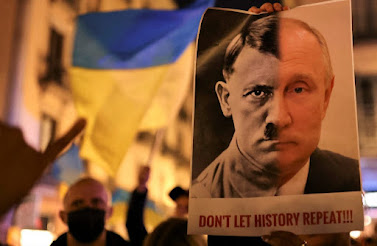 If it cannot, and will not, fulfill its purpose, why are we there ... why are we a member?

Tyranny through brute military force, intimidation, murder, and torture cannot be allowed to continue by any barbaric country on its own, or neighbouring countries.

Which brings me to my final wondering, and that - I'm sure - of many freedom loving Canadians and peoples of the world.
Does that mean NATO troops, including those of Canada, might need to become involved?

If Russia cannot be convinced to withdraw from the Ukraine -- and continues in its attempt to overthrow the government of the Ukraine through military conquest -- then Yes, in my opinion, it does.

“Never again”, cannot simply be a phrase – it needs to mean something.