FORSETH -- Tobias received the typical jail sentence for the manslaughter charge ... which means he’ll likely be out on parole in less than three years

Did you see this story in the news the other day? 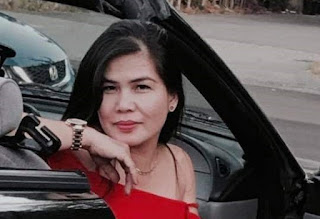 While it should be noted that Tobias wasn’t the one who specifically stabbed Loreto, he was the one rendered her unconscious after punching her in the face, allowing a teenager to then stab the 49-year-old mother to death.

What then followed was called “a gross indecency” as they took her body to a public park, and then set it on fire. Of the badly burned body, Cpl. Frank Jang of the Integrated Homicide Investigation Team stated one year ago today (03/24/21):

“They realized when we came upon this scene, a burned body of a woman — a badly burned body — and these are seasoned investigators who’ve seen, probably, the worst of the worst, it was a very troubling scene.”

For me it doesn’t matter Tobias wasn’t the one who directly stabbed this woman to death, he was still directly involved, as he was when the two of them set fire to the victim.

And for that, and because he was “extremely remorseful” and had admitted to the crime he gets 10 years (8.5 after remaining in jail since his arrest).

According to the Law offices of Mark Zinck: ‘It is also common for manslaughter convictions to result in sentences other than life imprisonment. A 9-year sentence, which is not uncommon, would allow the offender to be paroled after serving 3 years of his sentence.’

For this, it would seem like Tobias received pretty much the typical jail time for the manslaughter charge ... which means he’ll likely be out on parole in less than three years, factoring in time already served.

But what about the charge and conviction for the so-called ‘gross indecency’ in burning her body? By all appearance it seems he gets a free pass on that one.

And a free pass is what seems to happen repeatedly in our criminal (lack of) justice system as more often than not criminals have sentences run concurrently. And how else, other than a free pass, can this be looked at, or considered, when the court system gives you simultaneous jail sentences for multiple offenses?

I’m no lawyer ... and I’m defiantly not a judge ... however this is not right, and it should not be allowed to happen. Yet it repeatedly does.

Now, just to be clear.  There is no indication that sentences are running currently in this case; it might just be a case of crime does pay as Tobias got what I, and many others I believe, would consider to be an extremely lenient sentence.

Justice is not served when those involved in crime get off with a slap on the wrist ... and justice was certainly not served in the case of the slaying of Ma Cecilia Loreto.

Tell me, what do you think?