FORSETH: Who’s next? Should mechanics and carpenters get a grant to replace their tools, rather than ensuring they have what they need for the job? 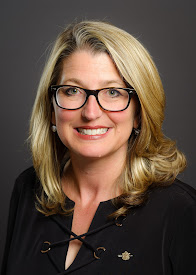 Yesterday, the BC NDP government of Premier John Horgan announced new funding was going to be made available to raspberry growers for a ‘replant program”.

Said Agriculture Minister Lana Popham, “The new investment in this program will help more B.C. growers replant their fields with varieties that will support their businesses and increase the amount and improve the quality of local berries.

Planting varieties that grow well in our climate and produce berries suitable for fresh, specialized frozen and value-added markets will ensure B.C. raspberries continue to be on many of our menus and part of B.C.’s food economy.”

Here’s a good question ... should raspberry growers not be looking after their own crops, and finding what’s best for growing in our BC climate, and that will provide for larger crops?

Who’s next?  Should mechanics and carpenters get a grant to replace their tools, rather than ensuring they have what they need for the job? Should I.T. people have government provide them with the latest technology?

I have to say today’s announced funding (IE: free money) just doesn’t sit right with me, but given similar ‘handouts’ to large corporate businesses, by all levels of government, I’m not surprised. For example, remember the 2019 TWELVE MILLION DOLLAR handout to Loblaws so they could purchase new refrigeration coolers for their stores.

I guess in comparison today’s announcement of nearly a third of a million ($300,000) to raspberry growers is a drop in the bucket. The question is, however, who’s next for a handout. Better yet how are consumers benefiting from government largess to large businesses and corporate Canada?

Grocery prices are shooting through the roof, meantime:

... some of the largest industry players, such as Loblaws, Sobeys, and Metro, have reported a significant increase in revenues — up to 31%, data from the Toronto Star revealed ...

... (grocery stores) are seeing a massive rise in profit ... Loblaw Companies (Loblaws grocery stores, No Frills and Shoppers Drug Mart) reported that its first-quarter profits soared to $240 million for the 12-week period ending March 21, compared to $198 million in the same quarter last year ... 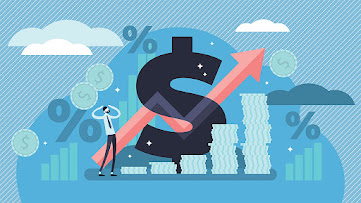 Loblaws, as noted above was the recipient of $12 MILLION dollars of taxpayer money, while at the same time making millions upon millions in record profits.

Meantime, what do British Columbians get?

While gas prices soar through the roof, the government just ordered ICBC to give drivers a so-called $110 rebate cheque to help soften the price at the pump. Two things are wrong with that however:

1) Those who drive ELECTRIC vehicles, and therefore aren’t being hit by those record high gas prices, received the same $110 cheque

2) A number of weeks back Premier John Horgan announced that because ICBC was making better than expected revenues, drivers could expect to get a rebate on insurance costs.

Where is that rebate? Well, it’s NOT going to happen because now magically, through slight of hand, it has become that gas rebate.

Oh and Friday (April 1st), to add insult to injury, the BC government will hand us an additional 10 percent increase to the carbon tax on fuel ... taking it to 11 cents per litre.

There’s one sure thing, consumers are going to get the short end of the stick EVERY SINGLE TIME and that’s because we have the least clout, so buckle up folks.

As prices and inflation continue to soar ... and governments at all levels persist in hammering us with ever increasing taxes ... our lives are going to get harder and harder.