We Don't Have a Carbon Tax, We Have a Consumption Tax on Hydrocarbons


WAKEY WAKEY ... rise and shine!!   I remember that from my youth (yah, it WAS a long time ago).  Well it seems that this past week many in the media have finally awoken to the fact that the BC Liberal imposed Carbon Tax is not -- AND NEVER WAS -- revenue neutral.  This is true at least for the majority of people that paid it, those being anyone that lived north of Hope, and who were in the ever shrinking middle class! 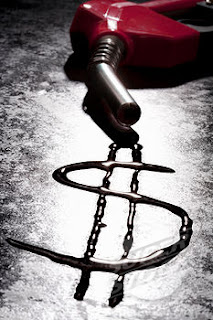 News story after news story is now making it abundantly clear, as this story from the Financial Post stated:  "How B.C.’s formerly ‘revenue neutral’ carbon tax turned into another government cash grab"

Well I've posted numerous stories on this beginning back in June of 2011:


Did you know that owing a forest can make you big money with BC’s carbon tax policies??  It’s true --- it’s one of the ways that business – and even government itself – can make it look as if they are doing more for the environment than they actually are.


Those who read my blog will know that I detest the Carbon Tax as a pretend policy of environmental protection.   Rather than taking money to create efficiencies with energy usage, the government instead takes the resources of the Carbon Tax and transfers them to the Pacific Carbon Trust.  And who benefits from the largesse of the Trust --- well businesses like Encanna …


OCTOBER 2011:  ... since the tax was introduced by then Finance Minster Carole Taylor, not many have had anything good to say about the tax or the trust.  Don't take my word for it.  Here’s the proof in the words of many journalists and editorial writers from across BC, Canada, and even the United States ...

NOV 2011:  “We don't have a carbon tax we have a consumption tax on hydrocarbons that is used to offset income tax reductions so we can say we have the lowest income tax rates in Canada. That's ok but let's call it what it is, a consumption tax and quite trying to pretend that it is to help the environment. If the funds were used to offset costs of projects that reduced usage than it could be called a carbon tax.”

MAY 2012: I find it deeply disturbing that this government continues to find more and more ways to pry more and more of my money from me.  Let me keep more … and let me spend it in the real economy where it will actually do some good.  The carbon tax was really nothing more than a tax grab, designed as a phony green initiative, and the government knew that from the start.

JULY 2012 ... The BC Liberal government also claims the carbon tax is rebated to British Columbians. Page 66 of the B.C. Budget confirms this claim is true — WITH THE CAVEAT however that 59 per cent of the rebate is paid to profitable industries and corporations.


From January of this year ... the Carbon Tax was expected to increase annually by an average of 1.6 per cent per year, over the next three years.  Facing an election, and the heat the Federal Liberals were taking over the Carbon Tax, Christy Clarks BC Liberals decided against the increase ... should all be aware however that the Carbon Tax adds 6.7 cents for every litre of fuel to drive our vehicles ... for something essential, like heating our homes, we get to pay $1.49 per gigajoule for natural gas.  Those of course are added costs we can actually see on our bills ...

And finally, from July 23rd 2012 ... middle-class British Columbians not only face continuing increases to the rates and fees they pay to government (such as increased medical payments and insurance rates), they also pay higher rates for food, and other necessities, due to the carbon tax.  Is this what a Family First, or Free Enterprise agenda, looks like?

The bottom line is that under Premier Clark's leadership we've seen increased costs for businesses in BC, and to middle class families, who continue to fall farther and farther behind.


British Columbians aren’t asking for catchy slogans; they want government to operate with a common sense direction, with accountability, and with openness.  They want a smaller less intrusive government; a government which creates opportunity, and a climate, for business to grown new good paying jobs. That’s because the only way to drive economic growth, and job creation, is through the private sector.

And, at the end of the day, British Columbians should see increased access to health care, a lower cost of living, and assurances they're jobs will be there tomorrow. More and more, British Columbians are realizing that Christy Clark has not provided us with an economic road map, a plan as to how she will lead BC, and our families, in growth.  That’s what a real free-enterprise, families first, agenda should look like.


Some may hold out hope for there to be a new "conservative" led the coalition. The problem is, it was the so-called "conservative" Campbell administration gave us this Carbon Tax in the first place.


BC Liberals asked small 'c' conservatives to forgo their social ideology to save their pocket books from the NDP. Now with the BC Liberals putting in place many policies (with regards to fiscal issues), that could easily have been put in place by the BC NDP, the reality is that conservatives are now pretty much wedged out of the coalition.


What in fact will now happen is that Christy Clark, and other true red-tinged Federal Trudeau Liberals, will again ask conservatives to do the heavy lifting during Mays' election campaign.


And then after the election?  They'll again be told to "sit at the back of the bus", as Christy Clark once again govern from the left.


Don't shoot the messenger.  The truth is that this government has a problem keeping taxes, fees, and utility rates under control … both for business, and BC’s middle-class.  I know it … the people of BC know it … and now, given what we've read this past week, even the business community is speaking out.


What BC truly needs is a small 'c' conservative party -- that can get BC fiscal house back in order.  The BC Conservative Party blew any chances it ever had long ago, and so conservative will have to look to the future, perhaps in 2021.


In Kamloops, I'm Alan Forseth.  Those are my thoughts for today, and as always, I welcome yours.