HERE WE GO AGAIN ... CONFUSION CONTINUES TO REIGN SUPREME WITHIN THE BC CONSERVATIVE PARTY

YES ... confusion continues to reign supreme within the BC Conservative Party ... just days before its Annual General Meeting which takes place this Saturday (February 20th) in Richmond.


A little over a week ago I had a brief conversation with the area Regional Director asking what my status was following an official submission the Current Board and Executive.  That submission pointed out not just one, but a large number of areas of the Party's Constitution, which were trampled on when my membership was declined.


In a nutshell, these included that the:


... concept of fiduciary trust and adherence to high ethical standards is not an optional requirement of a public organization incorporated under the Societies Act.  It is a legal requirement as well as a moral imperative.


Back to my discussion with the Regional Director.  I asked him if the Board had reversed its' decision, regarding denial of my membership application, and was told that all I had to do was reapply and that it 'should' be approved.  I then asked if it would be accepted as of my original submission last November, and he indicated he was not sure.


That then led me to email the following questions to the BC Conservative Party:

I have heard, but not directly from the Board, that my membership denial has been reversed.  Please email confirmation of this, and that it is effective as of my original application.  Thank you ... alan


As of this morning (Monday February 15th), I now have a written response, from the Party, which in its entirety states:


I acknowledge receipt of your query that you sent in through the Contact Form on the Party’s web site.


It is my understanding that your query is about your application. 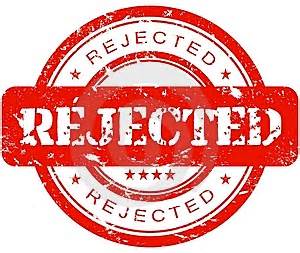 
I note that the cheque has been cashed.


With regard to your query, I advise that your information is incorrect, the Board decision concerning your membership application has not been reversed.

NOTE that Membership Committee Chair Bob Bray has indicated the "information is incorrect", however this IS information that was provided to me by a MEMBER of the current Executive and Board of the BC Conservative Party.  This wasn't provided to me third hand, and then passed down from some one, to some one else, to me.  It came from a member of the Board.  Yes there seems to be confusion, however it IS NOT on my part, it is wholly within in the administrative side of the BC Conservative Party.

As noted above, the submission to the party on my behalf, regarding the decision to deny me membership in the BC Conservative Party, was based on ...
The concept of fiduciary trust and adherence to high ethical standards is not an optional requirement of a public organization incorporated under the Societies Act.  It is a legal requirement as well as a moral imperative.


Instead of accepting my membership, the CURRENT Board and Executive has trampled on the Parties Constitution, and SPECIFICALLY, its Code of Conduct:


The Party and its Members subscribe to the following general ethical principles and agree to abide by them in their individual and collective actions with one another and the citizens in general when acting on behalf of the Party or otherwise when acting in any manner associated with the Party, namely:


... act at all times honestly, in good faith and in a manner which will enhance the image of and be in the best interests of the Party.

... always be truthful, treat others fairly and with respect, and accept that honesty is essential to the development and maintenance of the trust that is essential to both building and developing the Party and the Province


... never knowingly misrepresent the stated purposes, principles, values or policies of the Party

... when in any way representing the Party, its Officers, Directors, Associated bodies or Members, work for the general benefit of the Party and not for personal gain or enhancement. Further, all members, employed staff, supporters or associates must:

... adhere to the principles, policies and general agreements of the Party when representing the Party or working on behalf of the Party

... individuals working on behalf of the Party are in positions of trust and must not violate that trust by using the position for personal gain or enhancement

... fair and responsible governance of the Party is jeopardized and put at risk in situations where a conflict of interest influences the making of decisions


... if and when there is a direct, indirect or perceived conflict of interest, those concerned must avoid the position or the issue and fully declare possible involvement and thereafter resign, recuse, or in all ways otherwise remove the potential for possible conflict of interest

... all Members must work toward mutually beneficial partnerships and work collaboratively with one another with the object of building the Party and providing effective governance to all the citizens of the Province

... achieve full, open and accurate disclosure of relevant information, including being transparent and fiscally responsible to the Party’s interests and its donors

... be collegial, forward looking and adopt problem-solving attitudes, including past real or perceived injustices, and treat all with mutual respect, displaying courteous behaviour and at all times properly consider and evaluate the views of others so that balanced and correct decisions might be achieved.

... all Members involved in decisions materially affecting the operations of the Party, undertake in all ways reasonable ...to make such decisions only when all interested parties are present or have received adequate information and notice to be present ... to avoid making assumptions without properly assessing the views of the other interested parties


... all Members holding office and/or responsibilities in the Party, including its Boards, Committees, Associated or supporting organizations or other entities, must undertake to communicate responsibly, collaboratively, openly and without delay


I will acknowledge that I have been critical of the current (mainly appointed and un-elected) Board and Executive.  My reasons have its been secrecy, not raising the profile of the Party in a positive way with the public, failing to address the alarming decline of membership, failing to reverse anyone making financial donations to the party, failing to provide meaningful input from the membership to create concise policy that clearly differentiates it from the NDP, Liberals, and Green Parties, as well as a number of other areas.


NONE of these things are reason to decline my membership.  In fact by my raising them, the Board and Executive have with malice to me and others, trampled on their obligations as laid out under the Constitution, specifically with regards to Ethical Conduct.


What a sad state of affairs for those members still hanging on to a hope of the Party's survival.  That hope by now must be hanging on by a thread.