Currently the next Provincial Election in British Columbia, in May of next year, for the moment appears to be between the BC NDP and the BC Liberals.  Two recent polls had the numbers flipped between each of those parties leading, and both had the BC Conservative Party, and the BC Greens just over double digits. 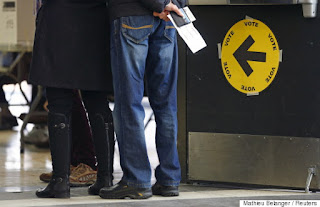 In it's most simplistic terms, the NDP led by John Horgan are being portrayed as the party of "NO" and being closely affiliated with big labour unions.  Meanwhile the BC Liberals led by Christy Clark promote they are the big tent free-enterprise party.  The Green Party, again using the most simplistic description, could be said to speak for the environment.


So where does that leave the BC Conservative Party?


I described the NDP, Liberals, and Green Parties as championing one specific area, however is there not a way for another party, say the BC Conservatives, to bridge all three?

I remember very well the beginnings of the Reform movement in Canada, and I for one was drawn to become a member of both the BC Reform Party ... and the Reform Party of Canada.


As someone who had come out of the union and NDP movement in the 70s and early 80's, I along with many NDP supporters and union members joined, or became supporters, of the Reform movement.  That happened for several reasons, I believe.


1) The NDP putting crippling taxes on business and the resource industry in BC led to thousands of mines closing and good well-paying union jobs evaporating.


2) The federal Liberal Party virtually crippled the oil based resource industry of Alberta ...


3) Federal parties had little more than disdain for the west


4) Power was centralized with little true 'representation' for individuals and families ... and


5) BC had severely polarized politics, as both the NDP and Social Credit had drag 'em out brawls portraying the other as the worst possible outcome at the ballot box.

Now I am not saying there needs to be a 'reform' revival in British Columbia, however if the BC Conservative Party wishes to be relevant in May 2017, COULD IT possibly do so by bridging the gap between the majority of British Columbians who wish to protect the beauty of our land and seascapes along with our wildlife ... union workers that want to see a future for their jobs, and jobs for their children and the next generation ... policies developed that will rapidly see job growth in the somewhat stagnant resource sector ... putting forth meaningful democratic reforms ... and in numerous other areas?


The BC Conservative Party will have to tap in to the everyday people of BC that the NDP and Liberals claim to represent, but who then give little but lip service after elections are over.


What ground can they stake out ... specifically ... that will differentiate them from the NDP, Liberals, and Greens?

Here's an idea ... have open town hall meetings with British Columbians across the province and seek input into how government can actually make a positive difference.


Meantime ... I'm interested in hearing from you.  What area, or areas of government are working well ... and what areas need change?  Better yet, if change is needed, how can it be achieved?  Send me your thoughts by email to whatsnextbc@gmail.com.