Now is the summer of our discontent?

Really ... is all we get are political parties like the BC Liberals, or the NDP?  I want a choice ... and so, I believe, do many British Columbians when it comes to who we will have the opportunity to vote for next May. 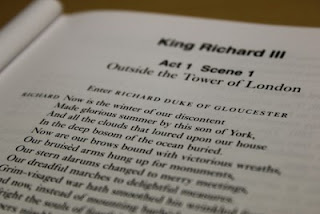 For cryin out loud, just look at these excerpts, from just a small sample of news stories about the BC Liberals, in only the past two months.


A sudden flurry of school district funding announcements by the B.C. government — after several years of all but ignoring the complaints of cash-strapped school boards — boils down to a very simple political calculation from Premier Christy Clark: Education will be a ballot box issue in next year’s provincial election.


Clark said as much in an interview with The Vancouver Sun two weeks ago, citing people’s satisfaction with their kids’ education as one of the key questions voters will ask in deciding whether to re-elect her government.


In politics, there is a time to admit a mistake before it is too costly. Then there is a time when it is just too late. Let’s assume in this case we haven’t crossed the line – that we can make one last plea for decency and sanity before the point of no return.


“Do whatever it takes to win.”


That was the overriding credo of life inside the Christy Clark government when Tim Duncan worked as a high-ranking political operative in Victoria. Duncan, the former executive assistant to Transportation Minister Todd Stone, is the guy who blew the whistle on the document-destruction scandal that rocked the Liberal government.


The scandal — in which the government was caught deleting internal emails to prevent their release under freedom-of-information laws — led to charges against a key government insider.


“The culture from government managers was, ‘Just do whatever you have to do to keep us in power,’” Duncan told me Wednesday...


The B.C. government should go further than looking at recommendations on changing how political contributions are reported — it should undertake full-scale reform of campaign financing. The taint of corruption will hang over B.C. politics — and government — as long as there are no restrictions on donations to political parties. ...


... Democracy shouldn’t be — or even appear to be — for sale to the highest bidder.


All the party talked about before the 2013 was jobs, jobs, jobs. Little has changed since then.


When the campaign begins less than a year from now, Clark will dust off her trademark hard hat and her tour of industrial work sites around the province. At each stop, she will ridicule the NDP as being hopeless on the jobs issue, even as that party throws darts at her over things like political fundraising.

Turpel-Lafond has challenged the validity of information that the ministry provided to her. Most recently, her challenge resulted in the admission that 116 children in care were housed in hotel rooms last year, not 23.


In 2010, she took the government to court to get documents that the ministry had no right to withhold. Perhaps this is why the B.C. government seems hell-bent on making Turpel-Lafond’s final months as miserable as possible, and getting rid of her position as quickly as possible.


As I’ve said before, I don’t know how important this issue is for voters, despite what the polls may say. When it comes to electoral reform, I tend to subscribe to the view held by Independent MLA Vicki Huntington, another fierce advocate for change. When asked to comment on why B.C. seems to be averse to making the kinds of changes other provinces are enacting on this front, she said: “We are like dinosaurs when it comes to moving into the modern political age.”