We can take satisfaction in providing them with a place to console each another ... and to chant, drum, and sing Kumbaya to their hearts content

Is it too late to weigh in on the Trans Mountain Pipeline ... now that it has been approved?


I, along with hundreds of thousands of Canadians, have long been saying YES to this job creating project ... a project that will generate billions in resources to local, provincial and federal governments.


Taxpayers have been tapped, and tapped again and again, for more and more money.  I for one say, "We don't have any more to give!".


That said, I know that we need improvements to health care as more and more Canadians age ... for education to provide for new schools, and improvements to ones already in our neighbourhoods ... for training to help mature workers transition into the new economies ... for highway improvements ... and so much more.


Those same naysayers are calling for more spending in these areas, and yet they seem to have no reality as to where this money can, or will. come from.

Oh right ... let the rich pay.  Well they never do ... it's always the ever shrinking middle class that coughs up more and more of their hard earned income. 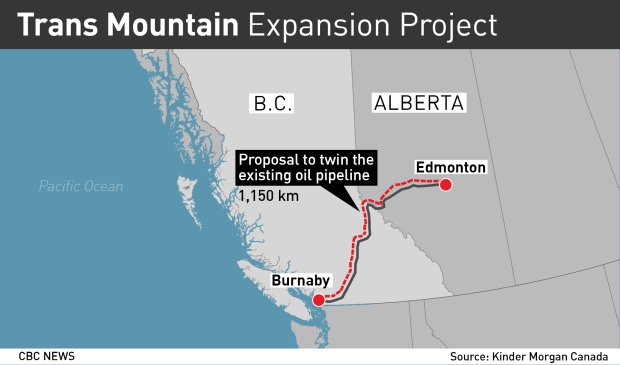 An email I received earlier this week, from Canada's Energy Citizens, stated that with the Trans Mountain Pipeline expansion we could see more than 32,000 jobs every year for the next 25 years; jobs that will provide an additional $47 billion in revenue for governments at all levels ... including First Nations.


Meantime, a loud minority of hypocritical British Columbians continue to shout of doom and gloom should Trans Mountain go ahead ... despite an existing a pipeline already in place where the expansion is planned ... and a safety record any industrial company in the world would be proud of.


Regardless of fact, scientific studies and research, these doom and gloom nay says continue to spout hyperbole.  All the while, some in the media spotlight these agitators who will not be satisfied with anything less than Canadian energy resources being shut down completely, and as soon as possible.


Ever ready to get on her green agenda soapbox, Green Party Leader Elizabeth May has welcomed the opportunity to go to jail in her fight to oppose the project.


Why do I mention that?


Because it's GOOD ... great in fact.  Put her, along with the mayors of Vancouver, Burnaby, and Victoria in jail then if that's where they want to be.


I'm sure there has to be at least one recently closed jail available for use, that can house protesters that get in the way of this project going ahead.  By putting them all together in one place, we can take satisfaction in providing them with a place to console each another ... and to chant, drum, and sing Kumbaya to their hearts content.


Canadian resources have been trapped for too long, and the federal governments approval of this project is long overdue.  Let's get on with it.