The latest from the BC government says that it is, " ... seeking public input on rural education as part of a strategy being created by Parliamentary Secretary for Rural Education Linda Larson to better understand the needs of students, parents, schools and communities in rural BC ..." 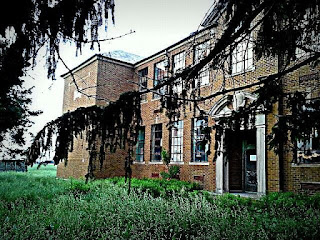 I guess the biggest need would be to actually keep schools, in rural communities, open.

Problem is however, that the government has failed, miserably, to provide the supports and structure rural communities need, as well as failing to have resource development approved to ensure long-term, and increased employment, in rural British Columbia.

In key sectors, for rural and small town BC, job losses have been dramatic (BC Stats Earnings and Employment Trends - October 2016):

The latest in a long list of job losses will be just down the road in Merritt, in a matter of months ... over 200 direct jobs as a results of Tolko closing their mill in just a few weeks.

Even Donna Barnett, Minister of State for Rural Economic Development, acknowledges herself that, “Schools are a lifeline in B.C. communities. This is especially evident in smaller towns where one elementary school may be used before and after class for childcare, on the weekends by a local theatre company and in the evenings for a local sports team."

The answers seems simple enough; strengthen employment opportunities in rural communities, and growth and the end to school closures, in rural BC, will follow.

If you want to have your say, go to http://engage.gov.bc.ca/ruraleducation