Government sanctioned, approved, and implemented "Lingchi" ... except in this case it's taxation by a thousand slices 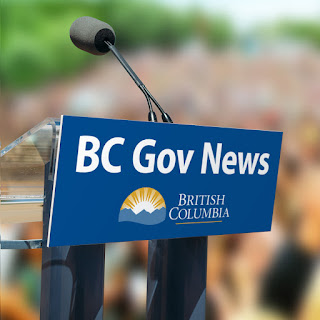 The BC Liberal Government said, "Cheers! New, modern liquor laws are now in effect." ... the reality however is that the biggest cheer went up from our BC Liberal government.


Why?  Because outside of those now having the opportunity to dispense beer, wines, ciders, etc, the only ones who will be benefiting from the new regulations, will be the Ministry of Finance.


More locations and opportunities to dispense alcohol, means more tax revenue to government coffers -- PERIOD!  Under the guise of freedom of when, how, and where to drink, the real reason is for increasing the gradual pull of money from the pockets of British Columbians.


If you haven't already, it's time to face reality. The amount of liquor consumed by individuals will not simply be distributed over more places ... it WILL increase the amount of alcohol consumed, and hence revenue to government.

Don't even try to argue otherwise.


Will this be a substantial amount?  Hell No!


However, it's just one more little piece of the BC Liberal government's progression of siphoning money away without us realizing it ... all the while saying they are reducing taxes ... with a pious look on their faces.

Each and every year we pay more for every service government offers and provides.  When it gets too hot for them in one area, they find some where new, to increase creeping taxation, on the unsuspecting people of BC.  Slow BUT STEADY increases across the board -- and each one higher and greater, then the cost of living.


Will there be social benefits from having liquor more freely available at additional places?  Sure there will be, but the bottom line is it means MORE money for government.


LINGCHI ... taxation by a thousand taxes!