WHAT WILL HAPPEN if those revenue declines are even more severe?

As of January 1st Medical Services Plan (MSP) premiums increased by about 4 per cent, thanks to our BC Liberal government.  ON TOP OF THAT, MSP premium rates, paid by over half million couples, will increase by an additional $14 per month (on top of the above noted 4 per cent increase).

BUT THERE'S MORE ... Property Tax revenue is expected to grow by an average of 4.3 per cent during the next three years. 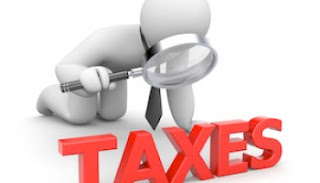 The Carbon Tax was expected to increase annually by an average of 1.6 per cent per year, over the next three years.  Facing an election, and the heat the Federal Liberals were taking over the Carbon Tax, Christy Clarks BC Liberals decided against the increase.

We should all be aware however that the Carbon Tax adds 6.7 cents for every litre of fuel to drive our vehicles ... and for something essential, like heating our homes, we get to pay $1.49 per gigajoule for natural gas.

Those of course are costs we can actually see on our bills.

We do however pay more for EVERYTHING necessary to live (food, clothing, appliances, footwear, outerwear, sporting goods etc etc) because all of those things require transportation, which requires fuel, which costs more, and whose added costs get passed on to us.

The BC Liberal government also acknowledges, in the 2016 / 17 Budget and Fiscal Plan, that personal income tax base revenue (excluding tax measures and accounting adjustments for prior years) is forecast to average 4.5 per cent annual growth over the next three years. And as if they weren't already taking enough from you, Provincial Sales Tax revenue growth is expected to average 4.3 per cent annually over the next three years.

Headed into an election in just four more months, the one thing you WON'T hear the government discussing is our Provincial Debt.

Looking at the provincial governments own Budget and Fiscal Plan 2016 / 2017 is not for the faint of heart.  There are a number of things that could have a severe impact resulting in debt increasing by an even greater amount.

So what does our BC government say could be major risks to their fiscal plan? Here's just two of them:


The 2016 / 17 Budget and Fiscal Plan has already acknowledged additional risks to the provinces finances because ...

... revenue from mineral tax, fees and miscellaneous mining receipts is expected to decrease 26.1 per cent in 2016/17 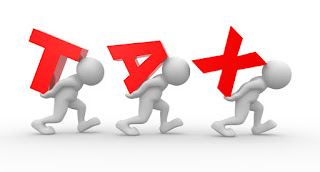 WHAT WILL HAPPEN if those revenue declines are even more severe?

Really, it's no wonder that the middle class taxpayer is being gouged more and more, due to the fiscal incompetence of the BC Liberal government.  The only thing scarier though is what would happen, to the BC economy, if the NDP took over the reins of power in May's general election.

I want to see a positive future for BC ... but it's honestly getting harder and harder.