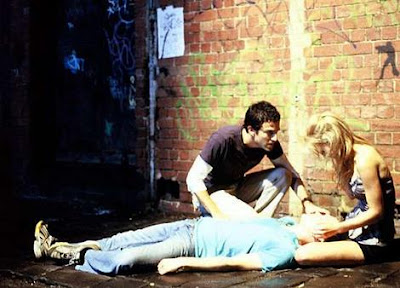 A BC government media release today, from Public Safety and the Solicitor General, had the following headline: "Year-End Illicit Drug Death Numbers".  What they neglected to add, at least in my personal opinion (this is an editorial after all), were the following words ... "Continue to Spike Due to a Lack of Meaningful Action to Stem Production of Poison Drugs!"

I say this especially in light of the fact our provincial BC Liberal government has failed dismally in making it illegal to order / own a pill press for anyone other than a legitimate medication manufacturer ... and to demand that those manufacturing this poison are guaranteed to be charged with Murder when someone dies ... or attempted murder in every other case.

And why do I say this?  Because the government media release went on to say:
Provisional data show that a total of 142 persons died as a result of illicit drug use during the month of December, an average of nine every two days. The December deaths bring the provisional numbers for the full year of 2016 to a total of 914, an increase of almost 80% over the number of deaths in the previous year.

While this report did not release information on how many of these deaths were directly attributed to Fentanyl, the trend from earlier in the year would definitely indicate the vast majority of these deaths will have been from this poison. 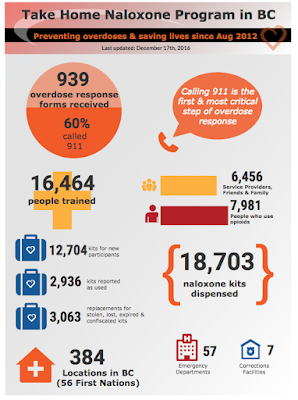 But wait a minute ... what about Naloxone kits?  Weren't they supposed to help stem the tide of deaths from Fentanyl poisoning?

All I can say is it's a good thing they were available, but they have done little, at least by the numbers, to stem the tide of deaths from Fentanyl laced drugs

Those who manufacture Fentanyl laced poisons should be charged with murder if a victim ends up dying.  On top of that, it's time for the BC government to make it illegal to own a pill press, except those actually licensed to manufacture legitimate medications.  Stop passing the buck and saying it's up to the federal government.

I appreciate, and congratulate the BC Coroners Service for continuing to "... work with the BC government’s Joint Task Force on Overdose Response and with health, community and law enforcement agencies to try to reduce this death toll."