Drop by the Elections BC official website, online at http://www.elections.bc.ca/index.php/2017-provincial-general-election/ ... and you'll find the following information:


The next provincial general election in British Columbia is scheduled for May 9, 2017. In February and March, Elections BC will be updating the voters list to get British Columbians ready to vote. Our website will be updated regularly from now until after the election. You can also follow us on Twitter and like us on Facebook to receive regular updates.


You can get ready to vote by registering or updating your voter information now. It’s easy to do online or by phone:


In just over 3 months we will be headed to polling station across the Province to elect our next government ... and in our local ridings for our MLA.


Where I live, in the Kamloops South Thompson riding, candidates have already been announced for the three main parties.  The BC Liberals of course have incumbent MLA / Transportation Minister Todd Stone, it's Donovan Cavers for the Green Party, the Communist Party will be represented by Beat Klossner ... along with the NDP. 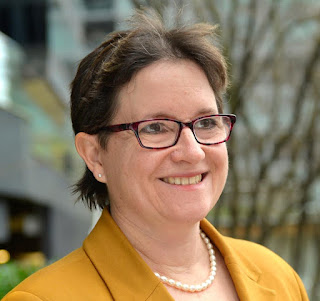 Two-term Kamloops City Councillor Nancy Bepple will carry the flag for the BC NDP. Bepple was acclaimed to the position in December after Lillian Kwan withdrew from the process.


Candidates for the Kamloops South Thompson riding will be invited to share a bit about themselves, and what attributes make them the best choice to garner our vote.


What personal skills, knowledge, and background do you have which will make you the best candidate for the people of Kamloops-South Thompson to consider in casting a ballot for you?


·         For almost 6 years as a City Councillor and for 15 years as a Co-op Coordinator at TRU, I’ve worked closely with people across Kamloops. As a councillor I advocated for kids, people with disabilities and seniors. As a Co-op coordinate, I help young people get awesome jobs with local companies and companies across Canada.


·         Previously, I worked for top technology BC companies as a system analyst, meteorologist and project manager on projects in BC, across Canada, in the US, and around the world.


·         My strongest skill is my ability and commitment to build relationships, and to work with others to find solutions and improve our community.


If elected as the MLA for Kamloops-South Thompson in next May's provincial election, what will be your top priorities for the riding?


·         John Horgan and an NDP government will also work to make life more affordable for people here. We’ll put an end to unfair rate hikes and eliminate the MSP. And we’ll raise the minimum wage to $15/ hour and build a sustainable economy with jobs that pay better and jobs that last.


·         And one of the most pressing issues here is that 30,000 people in Kamloops have no a family doctor. My top priority as MLA will be to shorten wait times for health care by fixing the doctor and health care worker shortage.


How will you seek input, from constituents, in issues important to the riding, and how will that affect how you vote in the legislature?


·         I will be available to my constituents, being out in the community to talk with them, share stories and hear their concerns. I will work with them to take those issues to the legislature.


·         It’s always important to know how decisions affect different constituents, and I will make sure that people in Kamloops have a voice when it comes to building our province.


Many provinces have multiple parties represented in their legislatures, however B.C. for decades now seems to be locked into a two-party system, as in the U.S. What negatives, and positives, do you see for the people of B.C. with the system as it currently is?

·         Everyday, it’s getting harder and harder for people to live here. People know Christy Clark isn’t working for them and we can’t afford four more years of her government. It’s important for a wide variety of voices to be represented in the legislature, but right now the only voices being heard are Christy Clark’s friends at the top. The only way to fix what matters to people is to elect John Horgan and an NDP government.


Politics in B.C. has become very adversarial. Do you believe there is a way this can be reduced? If "Yes," what would be the benefits to the way we are governed?


·         As a Kamloops City Councillor, I worked with others across the community to find solutions. I believe it’s important to work together to make decisions that impact people in BC, and I believe that the first step in doing this is having a government that works for real people. I also believe that certain groups such as people with disabilities, people living in poverty, seniors and other vulnerable people need a strong advocate. I intend to make sure those voices are heard and that policies address their concerns.


Do you believe there should be more free votes in the legislature, so that elected officials can vote the will of constituents, even if it is in conflict with the will of the government, IF there was a way it did not bring down the government?

·         Votes in the legislature are just part of the process. Also important is public consultations and the work of committees. For the last three years, the BC Liberals have ignored the recommendations of its own report from budget consultations with the public. It’s time for a government that champions the things people care about, that works with people and makes decisions that will make their lives better. 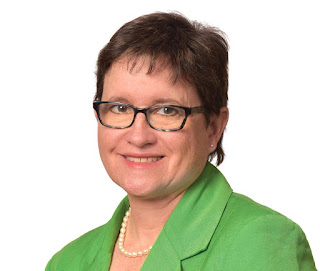 I also asked Nancy which political figures, whether local, provincial, or federal, had impacted her.  Here's what she had to say:


The two politicians that had the biggest impact on me are Len Marchand Sr. and Nelson Riis.  For Marchand it was he was because trail blazer who bridged the gap between First Nations and non-First Nations people.  Nor Riis, it was because he used his understanding of local issues, which he developed as a city councillor, to be an effective MP.


Again, British Columbians go to the polls on May 9th to elected a new provincial government.  Over the next few weeks, I'll highlight candidates who will be running in Kamloops South Thompson.


In Kamloops, I'm Alan Forseth ... have a great weekend.