Practically speaking, manslaughter is when someone is doing something wrong, and someone else ends up dead as a result

Yesterday brought us more news on the Fentanyl front.  In a story from the Victoria Times Colonist, it was said that ... "B.C. Health Minister Terry Lake lies awake at night worrying and wondering why the federal government is allowing other countries to smuggle deadly fentanyl into our country. 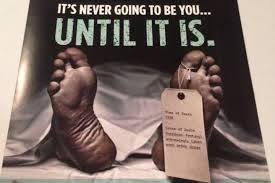 “There’s a headline in the Kamloops paper today,” Lake said in an interview last Friday. “A young man at a wedding using cocaine and he died. And this is a story we’ve heard again and again and again. That is not addiction. This is poisoning.”

I took a few minutes, this morning to head to my trusty research tool, Google, to check a few facts regarding Fentanyl, and came up with two things I wanted to share"

BC Coroners Service: "Illicit Drug Overdose Deaths in BC" 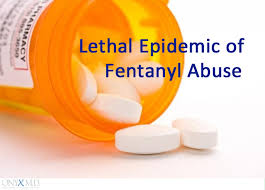 the province's chief coroner is warning against complacency in tackling the fentanyl epidemic.  "There is little good news to share," Lisa Lapointe told a news conference held to announce the latest statistics on the toll of the opioid epidemic. According to the latest figures, there were 488 apparent illicit drug overdose deaths in B.C. from January to August 2016.


You read that right.  Five Hundred And Fifty Five deaths from drug overdoses in NINE MONTHS (a 61% increase) ... and look at the ages of the largest two groups.  Young adults ... and the second in a group that are likely married, and perhaps with young children.  No wonder Lisa Lapointe said, "There is little good news to share."

I've said this before, and I'll say it again, there is ONLY one solution that is going to get the makers, and distributors, of this deadly drug off the street.  CHARGE THEM WITH NO LESS THAN MANSLAUGHTER.

Another Google search for Manslaughter sent me to the website for the law firm of Mark Zinck, and an article titled "Murder, Manslaughter, and Criminal Negligence Causing Death, where they clearly outline what Manslaughter is:

Any "culpable homicide" that does not meet the definition of murder is said to be manslaughter. Culpable homicide is defined to include when a person causes the death of another human being by:
(a) by means of an unlawful act;
(b) by criminal negligence;

Manslaughter is reserved for killings where the level of intent is less than murder. Practically speaking, manslaughter is when someone is doing something wrong and someone else ends up dead as a result of it -and- the offender did not intend to kill or cause significant bodily harm that he knew may result in death. 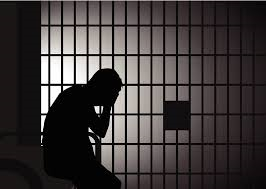 And, what's the penalty for Manslaughter?  Well the article goes on to say:

Unlike for murder, manslaughter does not carry an automatic sentence of life imprisonment. It remains, however, an option for the court.

Back in late August, I asked a political friend (of the left-leaning persuasion), the following question:
With your legal background, I wonder if I might ask a question of you. If this drug (fentanyl) is being shown it is causing deaths, is there any reason why the manufacturers / sellers of it, could not be charged with manslaughter ...or is that a crazy idea. Just wondering.

He replied saying:
It's a complicated legal question. Quite complex and difficult to prosecute - all kinds problems. I do think and would like to see a prosecutor test it by going after a trafficker. Users are also voluntarily assuming risk by purchasing and using illegal drugs, yet another issue.

So, I have to ask, why can't we have a test case ... but more importantly, why haven't we already?  The law backs up the fact that charges could be laid, it is after all murder.

I honestly don't know how many more we're going to have to see before these murders, manufacturing and distributing fentanyl, finally get charged.  Or perhaps the courts and legal system are too afraid to try.

Are they afraid?  I don't know, but it's time for us to demand this charge be laid because it is well overdue!