THE SIDEWINDER – NO TIME FOR BLAME GAME

Today, we have a guest post from a Social Media friend of mine, Sandy Mcdougall.

Recently, following the death of a friend's son due to an overdose of fentanyl, I questioned, “When will the hurting end?”

The answer to that question is still unclear but hope is emerging that our community cares and is willing to work together to bring to an end the epidemic of drug overdose deaths.

In the past, I have complained bitterly about drug use and drug trafficking in our downtown neighbourhood but the time has come to put an end to the blame game and join the growing number of dedicated people who are earnestly seeking ways to solve the myriad of problems involved in this terrible ongoing tragedy. 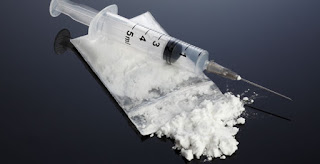 Nowhere has there been greater evidence of the commitment of those dedicated people than at the public forum on fentanyl held Wednesday night at Westview High School.

From community leaders to admitted drug users, hundreds of people crowded into the Westview gymnasium to hear messages of hope interlaced with desperate accounts of tragic losses resulting from fentanyl overdoses.

The forum was co-sponsored by Fraser Health, School District 42, Alouette Addictions, the RCMP, and the city of Maple Ridge with the Maple Ridge Fire Department and ambulance service also providing strong support.

I am certain that nobody in that crowded gymnasium had ever imagined in their worst nightmares that there would come a time in our rural community when the impact of drug overdoses would draw such huge numbers of people.

Like it was said in the Wizard of Oz, “You're not in Kansas anymore, Dorothy.”

Drawn to the forum out of curiosity and because of past tragedies involving drug addiction in my own family, I didn't expect to discover the depth of knowledge, expertise and empathy of the panel members. Their caring attitude goes well beyond professionalism.

Until I listened to the various panel members speak and later spoke to some of them, I was more than a bit cynical about any good resulting from the forum but that cynicism was replaced with respect and admiration for the positive approach of every speaker.

In a short conversation following the forum, my friend, who lost his son due to an overdose of fentanyl, said the forum was excellent and would help more people understand the nature and extent of the problem.

Still coming to grips with his own grief, he said it was vital to inform people about the nature of the drugs involved and to let them know where they can get help.
It does little good to sit in moral judgment of anyone cursed with addiction to drugs. It really doesn't matter how we got to this point. It is what it is.


What is now important is for more of us to realize that we can play a role in dealing with fentanyl and other deadly drugs.

We have to become willing to face this challenge and to set aside the notion that the dangers of drug overdoses and drug use can't affect our families and loved ones. Even the first use of many of these drugs can be fatal.

We have to accept that fentanyl and other deadly drugs can and do affect the lives of everyone in our community, not just the highly visible drug addicts we see on our downtown streets.

Parents, friends, teachers and loved ones who wonder about their children must not feel ashamed to ask questions and to seek help. Alone, we might not be able to solve these problems but, together, perhaps we can save a few lives. It's worth the effort.

Contact Fraser Health, the city of Maple Ridge, Alouette Addictions, the RCMP and many other agencies for help and answers to questions about fentanyl and other drugs.