BESLER: This brings, to a crushing end, the ever popular vote split argument in BC -- once and for all

BC elections are still making history. 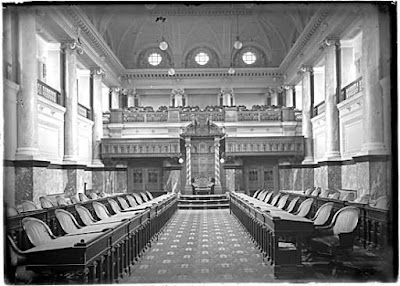 British Columbians have just gone to the polls to elect the first minority government in 65 years. Granted there are still a few ridings that will be facing recounts and that may swing things a bit. But for now, it just so happens that BC has been graced with the instability of a minority government.


#BCpoli has always been a strange brew, but this past election proved that the brew may have soured a tad more than usual. Politics in BC has become a place where everyone is a loser and the biggest loser wins. Which is probably why the classic rock hit by Tom Petty & the Heartbreakers, even the losers (get lucky sometimes), has been skipping like a broken record through my head these past few days.


The polls reported that the BC Liberals took 43 seats, the BC NDP 41, and the Greens 3. No party is of yet able to cross that 44 seat thresh hold to form government on their own.


So who won, really?


Surely not the Greens with their measly 3 seats?


Unable to even garner official party status. That's right - not that I would rub it in - but there is no taxpayer funded budget for them to operate with this time. Oh, and so close too.  Just one seat.  If they could only have gotten just ... One ... More ... Seat!

Still, Green Party leader, Andrew Weaver, is respectively the most powerful man in the province - holding the balance of power in BC's legislature.


Subject to the judicial recount Weaver and his Greens have brought the majority government to its knees. The Premier will be looking to the little green guy to kneel before, patiently awaiting his dubbing her Premier, by his confidence. Further to this, the Greens get to boast, with feather in cap, parading through out the nation of the first time any Green Party had made any sort of gains in consecutive elections in any of its provinces.

But surely we can't say that the Greens won the election, can we?  So who won?  The NDP?

Even after the recount of the ridings with close victory margins the NDP will not gain a 44 seat majority - although I'm sure they are filling up their war chest for potential by-elections. Imagine a case where a by-election could move a party from minority to majority. I'd buy front row seats for that battle.


So did the NDP really win this election?   Perhaps some may like to think.


Historically they have never been so close to an electoral victory in this province without the gift of a “vote split” on the right. This next term – however long it may be - may come down to the battle of the party whips, ensuring all hands on deck at all times. Sorry, if you wanted to see more of your elected MLA in their riding, you may not get your wish. Any lack of attendance by any MLA could determine the outcome of legislation.


It's just that close. Yes, the sanctity of the legislature may start feeling more like a prison cell for those in high office – but isn't there some satisfaction in knowing that?


Yes, the NDP have definitely garnered more influence in the legislature than they have had in 16 years.


What of other influences do the NDP have?


Could the leadership of the BC Liberals with their deeply entrenched Federal Liberal credentials be swayed to introduce policies further left of centre than they already have? Will they help to do what the Provincial Conservatives did in Alberta by governing so far to the left as to disenfranchise their much needed conservative base and in doing so elect the NDP?!


If I was a betting man, I would put my money down on the NDP winning the next election, for this reason alone. That said, the NDP's long game is waning, and the Greens are taking full advantage.


This leads us to the biggest losers in the 2017 election. Christy Clark and her BC Liberals.


Did the BC Liberals really win?


The BC Liberal coalition is eroding. Many previous supporters stayed home instead of casting their vote in this election.


The Conservative side of the coalition was faced with the choice between taxes, more taxes, or even more taxes; while British Columbians simply don't want a cheer leader to lead their team, they want a coach. They want a coach who is the real deal and it is in the best interest of the BC Liberal Party to understand this.


There was never an election where the BC Liberals had such an advantage going into this election. In fact their advantage was greater than the Party's inaugural victory that gave Gordon Campbell his massive majority in 2001. Were the results ever different?!


Like the 2001 election, the threat on the right had been annihilated. However, Campbell didn't have the advantage of years of excellence in economic stewardship by the party to fall back on as Clark did.


When the polls closed on May 9th Christy Clark and her BC Liberals were still in power, but it felt like anything but a victory. Even if the recounts hold them in power, whether as a minority or majority government, it is clear that Christy Clark government took the biggest loss in this election.


Think of all the cabinet ministers who didn't find re-election. The list is too depressing for me to list here.


For the first time in a long time the BC Liberals faced no split on the right. Moreover, the Greens are now well rooted in its divide of the left side of the political spectrum, at the same time, the NDP picked up additional seats. This brings to a crushing end, the ever popular vote split argument in BC -- once and for all.


That's because you went to the polls collectively, with your fellow British Columbians on May 9th.  On that date you decided collectively that not one party had earned the right, and confidence, to govern alone. 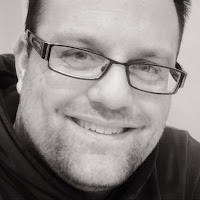 BEN BESLER ... active in provincial politics and a card carrying BC Liberal - Ben is a former Vice President of the BC Conservative Party, and Regional Organizer for the successful Fight HST citizens initiative.