ELECTION 2013 revisited: "How will BC Liberals get any different fiscal result from not making any kind of real change?"

In light of Christy Clark's visit to Kamloops just the other day, I thought it might be interesting to revisit a post that I had up ELECTION 2013 ... and a visit to our city by the BC Liberal leader and her entourage.  Read on, from this day in history, April 16th, 2013. 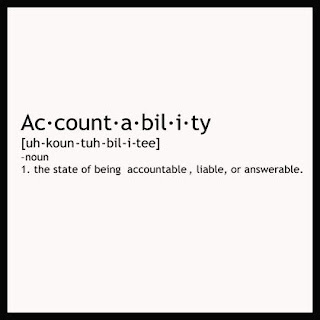 Today BC Liberal Premier Christy Clark told voters here in Kamloops, and around the province, that we are headed in to the “the most important election in modern history”.

I couldn't agree with her more!

The writ has finally been dropped, and I'm sure it is a relief to all British Columbians, because several key things seem to be weighing heavily on the minds of people here in our Kamloops South Thompson riding.

The Liberal Platform doesn't address the financial problems which THEY have created, and banking on the possibility of future billions of revenues from liquefied natural gas is a risky bet.

BC Liberals still fail to understand government has to learn how to spend smarter!

I think the BC Liberals need to take one of the 'Game Sense' suggestions, from the BC Lottery Corporation, to heart.

Wondering if you can win back losses by playing more? It's possible,
but unlikely. Chances are the more you play, the more money you'll
lose.  "Chasing losses" almost always leads to bigger losses.

If I apply that to BC Liberal fiscal planning and management, then it says to me, "Doing things the same way gets the same results!"

I challenge BC Liberal opponent Todd Stone to tell the people of Kamloops;


"How will BC Liberals get any different fiscal result from not making any kind of real change?"

BC Liberals say the budget over the next three years will be balanced, and yet according to the Ministry of Finance, it showed Total Provincial Debt was expected to rise a further $6.7 billion dollars -- that according to the budget they released just two short months ago.

My favorite Tweet-of-the-day so far has been, 'Rumor has it that along with eliminating BC's debt, Christy Clark will also cure cancer, end poverty,  and stop all future earthquakes."

The count-down is on with only seven days to go.  What will the results be?

Oh and by the way ... BC Liberals will have increased provincial debt to a total of $77+ billion by 2020 (BC Ministry of Finance).  You may also be interested to know that our BC Liberal government spends in the neighbourhood of $2.4 billion a year just to service the cost of our debt -- never mind making a dent to pay it down (which it has failed dismally to do).

That's why I won't be hanging my hat on any poll from last week, today, or the day after that.