A little puking, at the sight of it, might just wake these people up to the fact they are creating the problem

Why exactly is the City of Kamloops not issuing fines to people who put garbage out the night before pick-up? 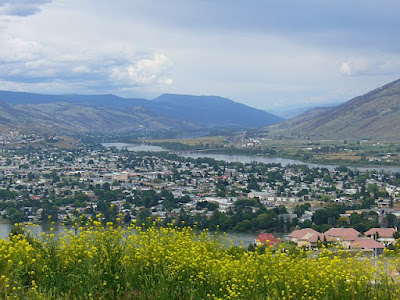 Last Thursday, in an article (Garbage pointed to as culprit in bear deaths), in Kamloops This Week, it was reported that Conservation Officers had had to destroy two garbage addicted bears in Juniper Ridge ... as well as two in Aberdeen.
The story stated:


While the city has a WildsafeBC program and fines for residents who leave out garbage cans overnight, Van Damme said it only takes one scofflaw to create a problem.  Some residents also don’t have a shed or garage in which to lock up cans. Research has been done on ways to lock city garbage bins.

I searched for an article (without success), however I recall a recent news or radio story which stated the City of Kamloops would be inspecting garbage and re-cycling cans.  This was to ensure that we were not putting the wrong things in to them ... and the threat of fines was being put forward.

Personally, I would much rather have City By-Law Officers headed out in the evening and handing out tickets to people putting their garbage out as soon as the sun goes down.  In fact, they should be doing it between midnight and 2am ... AND ... and knocking on doors to personally hand out the tickets to householders.

I live in Juniper, and can guarantee that a large number of residents here, put their garbage and recycling, tins out as soon as it gets dark.

I know it will never happen, however instead of fines, it's too bad Conservation Officers can't force these ignorant individuals to be there when they have to put these bears down.  A little puking, at the sight of it, might just wake these people up to the fact they are creating the problem.

Wherever you live in BC ... and this is definitely not just a Kamloops problem ... we have a responsibility to ensure that we are not creating the problem of bears becoming 'garbage addicted'.

It's just my opinion, however there is NO excuse for laziness, and for not ensuring bears do not have access to our garbage.  Would you agree?