THE SIDEWINDER - RE-ARRANGING THE DECK CHAIRS 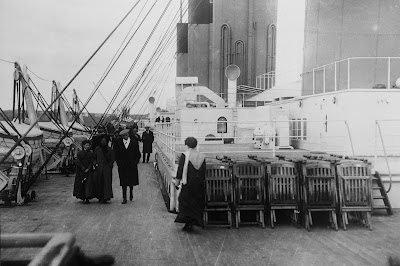 Figuratively speaking, Christy Clark's speech from the throne could have been a screenwriter's outline for a new documentary on re-arranging the deck chairs on the Liberal's sinking Titanic ship of state.

Knowing that her tenuous hold on the reins of government is doomed, Christy produced a thinly veiled and cynical attempt to lure one or two Green Party MLAs to double cross their party leader and throw in their lot with the Liberals.

Clark's last ditch attempt will fail and the only satisfaction she will get is watching Green Party leader Andrew Weaver and NDP leader John Horgan vote against the throne speech which contained far more NDP/Green Party campaign promises than anything resembling a Liberal platform.

Although she is a tough fighter and won't back down from anyone, Christy Clark's throne speech has not only sealed the fate of her Liberal government but could very well become her swan song as party leader.

Depending on the health and well being of NDP and Green Party MLAs, Clark's disingenuous nonsense could very well become the thing which will keep the unholy alliance between the Green Party and NDP in power longer than anyone thought possible a few days ago.

Unlike the band on the real Titanic which played Nearer My God to Thee as the once perceived unsinkable ship met its doom, this time the band will be playing Perfidious.

What the future will hold for provincial Liberals will ultimately be determined by whoever the party chooses to replace Christy Clark.