Nomen Nescio -- I Do Not Know Your Name 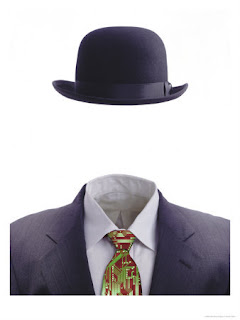 This morning, I received an email from "Nomen Nescio".  Never heard of him?  Well neither had I until this morning.

For those unaware, and according to Wikipedia, Nomen Nescio is used to signify an anonymous or unnamed person. From Latin nomen, name, and nescio, I do not know (from nescire, not to know), it literally means, I do not know the name.

So what did Nomen Nescio have to say?

"... the president and board of directors of the BC Conservative Party have failed Kamloops. Their lack of organization and capacity for making disastrous decisions in the months leading up to the May 9, 2017 Provincial General Election (e.g. not appointing a Party Leader, nominating only 10 of 87 candidates, releasing an incredibly weak pre-election platform, and leaving all major planning decisions to the last minute) undermined our Party's election performance. In the end, we captured 0.5% of the popular vote, about 1/10th of the popular vote in 2013.

We need to take back our Party and move it forward in a more productive direction. With Christy Clark's BC Liberals on their way out, it is now more important than ever for you to have a say in the future of the BC Conservative Party. This opportunity is unlikely to come again anytime soon. Please take the time to read and sign the online petition located at the web address below......"

Do I think the BC Conservative Party -- at least a few who have had their hand on the rudder in recent years -- have failed those who desire to have a conservative voice, and party they can support?  YES!

BUT ... in the same way another anonymous letter came out during the Dan Brooks / Rick Peterson leadership campaign (which smeared Peterson), the email I received went where it deserved to go.  JUNK ... delete ... and gotten rid of.

This is just my personal opinion, however, if you received the same email I did this morning, that is where yours also deserves to go.  DELETE --- JUNK!

Is the author of this email right in their statements?  I will not comment on that because if this individual is unwilling to let their name stand, then it's not worth doing or saying anything about it.

Nomen Nescio, I do not know your name --- stand up for what you believe -- or you are not worthy of discussion on what you have to say.