I say that simply because even now, years after George Abbott's comments, we are still having this discussion

DECEMBER 2010: George Abbott has said the BC Liberals have lost the trust and confidence of many British Columbians, and that he intends to use this campaign to help see it rebuilt.

He has also said he is traveling the province to meet with people to discuss their concerns and ideas … and one of the reasons why he is placing a heavy emphasis on reconnecting with the grassroots is because, and I quote, “if we don’t do that, there will be other parties that will fill that void” … “such as the BC Conservative Party”

What I fail to understand however is why it has taken Abbott and the rest of the Liberal leadership hopefuls, ten years to understand the obvious – voters want government to be accountable, and we want our elected MLA’s to actually represent us.

The quagmire we are now in, just one short month since May's election, is a direct result of the BC Liberal's continuing rejection of grassroots input to governance.

Seven years ago, as the BC Liberals went through a leadership race following the resignation of Gordon Campbell on November 23rd, 2010.  George Abbott (Shuswap MLA elected in 1996) was pretty much a lone voice in the wilderness acknowledging that; "... the BC Liberals have lost the trust and confidence of many British Columbians ..."

Has anything changed since then?

If the results of May 9th are any indication, they have not.  Which is why we now have the ridiculous state of affairs where we have no idea who our government will be.

Clark plans to call the legislature, where she will be defeated -- but first a Speaker of the House has to be elected -- will the government fall on that simple task?

IF a Speaker is elected, and a Budget put before the Legislature for approval, will it be voted down by the combined numbers of John Horgan's NDP, and Andrew Weaver's Green Party?  Of course it will.

Then, if the GreeNDP take over the reins of power, how long will that last?

Will BC Lieutenant Governor Judith Guichon, (prior to appointment owner / operator of the Gerard Guichon Ranch in the Nicola Valley) be called upon to send British Columbians to the polls again??

How long will it take before that happens?

Here's my question however ... why the hell are we still talking about governments in BC that refuse acknowledge they have lost the trust and confidence of many British Columbians?

Since her election as BC Liberal leader, Christy Clark has done nothing but consolidate more and more power in the Premier's Office -- and through one stupid thing (gaffs and scandals) after another has left British Columbians feeling more and more disconnected from government.  I would go so far to say (given the pathetic percentage of people who take the time to vote) people believe they have no say anyway so why bother voting?

As BC political blogger / analyst Laila Yuile has previously stated, "It’s not hard to believe this government would mislead the public- they do it usually several times a week" 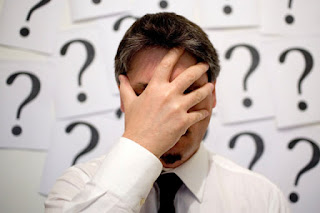 What's next, and how soon will we be back at the polls?

Can Christy Clark be ejected from her role as leader of the BC Liberals, and is there the appetite in the party for that to happen?

Will the BC Liberals survive?

Will an existing, or new, party of the centre-right take over from the BC Liberals?

Will that party gain the trust and confidence of British Columbians by once again seeking the input of people across the province, and then actually governing with that input?

OR ... is this simply a pipe dream of a handful of people that will never be realized ... and I say that simply because even now, years after George Abbott's comments, we are still having this discussion?

I guess we'll know soon, at least on the governance side ... and sooner or later on the trust and confidence question.