ANDERSON: After setting himself up as the heroic white knight, Justin Trudeau now finds himself in the unenviable position of having to attack a highly credible aboriginal woman to save his own privileged, white, male skin

MacLean’s Magazine ... March 3rd, 2019
“Jody Wilson-Raybould was once one of Justin Trudeau’s star political prospects. Now, a thorn in his side.”

“For a period of approximately four months, between September and December 2018, I experienced a consistent and sustained effort by many people within the government to seek to politically interfere in the exercise of prosecutorial discretion in my role as the attorney general of Canada in an inappropriate effort to secure a deferred prosecution agreement with SNC-Lavalin.”

Over the nearly four hours of her meticulous testimony that followed, Trudeau’s government sank steadily into a seemingly bottomless crisis." 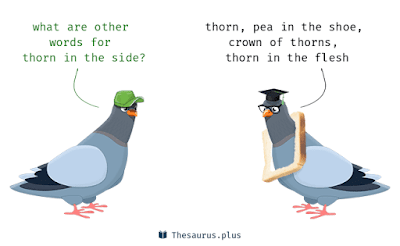 The ONLY viable defense, of Prime Minister Justin Trudeau’s Liberal government, is to label Jody Wilson-Raybould a liar -- totally and completely -- thereby tripping over its own virtue-signalling feet.

If only a fraction of what she said is true, the government has no other defense.

Trudeau's current flailing, "I disagree with her completely," for example, is not a defense.

One does not get caught robbing a bank and then mount a legal defense consisting of "I disagree with the eyewitnesses completely," as if it's all a matter of interpretation or point of view.


Sure, he's slipped up a couple of times before in his behaviour with women, and he's been able to skate away claiming that it was all a matter of perspective, but not this time. Either the PMO (and the civil service) did what Raybould alleges they did, or they did not. There is no room for interpretation or opinion.

Which leads to the highly embarrassing secondary problem: the self-inflicted politically correct morass the PMO has wandered into.

Since taking office ("it's 2015"), the PM (and indeed the entire Liberal Party) has virtue-signaled his way across Canada and the entire globe, lecturing anyone who will listen about climate change, human rights, "the environment," transgender rights, "the middle class," gay rights, indigenous rights, and women's rights.

He has governed by racial / gender quota rather than merit, issued progressive tropes and shibboleths in every direction, and reinforced it all by attempts to shame any opposition to his ridiculously authoritarian pronouncements.

Now Trudeau finds himself in a pickle of his own making ... it would be bad enough on its own if his only defense were to call Raybould a liar, but after setting himself up as the heroic white knight coming to save the day for women and aboriginals, he now finds himself in the unenviable position of having to attack a highly credible aboriginal woman in order to save his own privileged, white, male skin.

The only good thing I can see coming out of this is that the indigenous woman in question has proven to be far more credible than the entire back room gang at the arrogant, virtue signalling Prime Ministers Office (PMO), which bodes well for ending stereotypes in the future.

And a warning, to future progressively-inclined governments, not to build a glass house around yourself if you're going to throw rocks.

Scott Anderson is a Vernon City Councillor, freelance writer and commissioned officer in the Canadian Forces Reserves. His academic background is in International Relations, Strategic Studies, and poking progressives with rhetorical sticks until they explode.  He is currently the Interim Leader of the BC Conservative Party