I've held every position from sign making, to being a candidate for MLA; I am VERY aware of what it takes to win a campaign


For those who read my last post titled, "BC Liberals will win next election, Greens will be wiped out" on the Armchair Mayors website, or in its original title, "That has never happened before, and most will consider it to be a perversion of democracy", on my own "Thoughts on BC Politics and More" blog, it elicited a strong response from at least a few people.

Gary commented ... Shame on you Alan—I thought you were a loyal Conservative, you have completely forgotten about the resurgence of your party in the next election. If there is anything that Christy Clark has done with her un-Liberal throne speech it will be to revitalize the BC Conservative Party. More than half the BC Liberal Party are hard core Conservatives and they have just been left high and dry by Christy’s throne speech. Your numbers are way off—lets look at this again in four years.

MY RESPONSE:
YES … am a loyal conservative

Having worked in ALL aspects of an election campaign (from sign making and leaflet drops, up to and including being a candidate in the ’96 provincial election) I am VERY aware of what it takes to win a campaign. If there is an election in anything less than 10 to 12 months they WILL NOT be ready. In a year to 18 months, with a strong principled and believable leader, they will.

If these things are met, and they can welcome back small ‘c’ conservatives that desire a party then can support, it will still take 2, maybe 3, election cycles to form government.

I’m ready to roll up my sleeves, and go to work to make it happen. Now I, and others, wait for the BC Conservatives to see if they’re ready to become a serious contender.

TONY BRUMMEL commented:
I absolutely disagree with you Alan. I think that Clarks hierocracy will resonate with the electorate.  I think she has guaranteed a win for Mr Horgan in the next election ... the electorate “that is those who actually vote” is not that stupid ... they will rebel against Clark ...

MY RESPONSE:
Hey Tony … I love how politics can bring out such strong and passionate beliefs. It IS great for our democracy and keeps it strong!

Sadly, too many people will believe what they want to hear, and will ignore all evidence to the contrary. That’s why I think they would win a strong mandate, if our new John Horgan led NDP government falls in the next few month.

CAL DAVIS stated ... I don't understand why you made an apology to the provincial conservatives.
They are makers of there own misdoings ... I have spoken to a number of Liberals who soon want to be former Liberal Each one of them said no to the bc conservatives and YES to a new party ... I spoke with a person from management who thought I was an NDPer and happy with there showing in the election. She was surprised when I told here I was not an NDPer. I told her I was a conservative and she said Oh God No you are not a provincial conservative are you? I assured her I was not.

MY RESPONSE:
In my email message, regarding this post, I did indeed state, "With apologies to the BC Conservatives ..."

But I also followed it up with these words, "... but there won't be enough time to organize for this one. Get ready though -- you'll be needed soon!"

Despite the occasional chastisement, words of correction, and harsh word, to the Party ... they were directed more to those who, I believed, were leading it astray. There are good people there who are still trying their damnedest too make it work.

BC does need an alternative because the BC Liberals will need someone waiting in the wings to begin rebuilding a political alternative to the NDP.

IF we go to an election in the next several month it is my belief (personal of course) that they will not have enough time ... 12 or more months? Well that a whole new story and hence, the second part of my comment from my email:
But I also followed it up with these words, "... but there won't be enough time to organize for this one. Get ready though -- you'll be needed soon!"

And from PIERRE:
Weaver is full of crap?  A perversion of democracy?  Take a Valium Alan and focus on your riding. Your political dogma is killing your ability to reason.

MY RESPONSE:
Full of crap’ was probably a little strong. A ‘perversion of democracy’, NO. The Speaker will have to vote with the government every time to get Legislation / Bills to pass. That IS NOT the roll the speaker is to have — it is to be a neutral moderator, and keeper of rules and tradition. ‘Perversion of democracy’ is indeed, in my opinion, an accurate assessment of the situation. 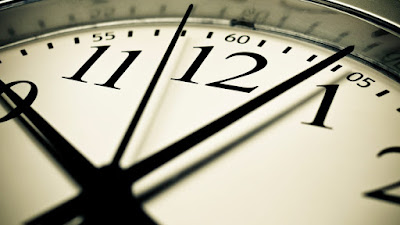 As I stated above ... I am ready to roll up my sleeves, and go to work to make it happen. Now we simply wait ... for the BC Conservatives to see if they’re ready to become a serious contender.

The clock's still running to see if we go into an election sooner, rather than later.  Which one happens, will play a strong part in what happens to the BC Conservative Party, and where its' future lays.

It's over to you now ... care to share your thoughts?