SANDY Macdougall: "Wow Canada ... memories of those events left an indelible impression on me ..." 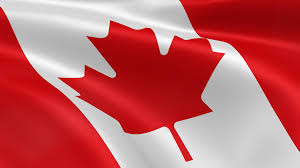 Three or four times over the years, that I worked as a reporter, I was privileged to cover Canada Day citizenship ceremonies. The memories of those events left an indelible impression on me and reminded me of just how fortunate we are to live in the best country in the world.

Families who had fled from war torn countries, often having been forced to leave loved ones behind; people who had fought against the impossible odds of starvation and disease, and those who were simply seeking a better life for themselves and their children, they all came to Canada seeking the hope and commitment we held out to them.

These ceremonies always aroused a humility in my soul and re-awakened my sense of gratitude for being a Canadian.

Too often we forget how truly blessed we are in Canada; that our struggles in this country are nothing compared to much of the rest if the world.

Certainly, we have poverty and many other social issues which can drag people down to the depths of despair but we also have the ability to solve these problems when we set our minds to it, something many of the countries of origin of our immigrants and refugees do not have.

A great example of the most important privilege we enjoy in our democratic nation is exemplified in the election we have just completed in British Columbia.

The partisan political battles were hard fought by candidates with widely diverse platforms and we emerged with a new government. Passion and commitment were evident throughout the campaign but, at the end of it all, the reins of government were passed in emotional but peaceful and non-violent ceremonies.

How long the new government will last is unknown but if and when it falls, it will be a peaceful, bloodless occasion.

There are many more things for which we can be grateful in Canada and we can all join together today to celebrate our diversity and love of freedom.

SANDY Macdougall ... AKA 'The Sidwinder' ... is a retired newspaper reporter. He was elected for three consecutive terms to Maple Ridge municipal council in the late 1970s and early 1980s, and also ran for the Progressive Conservatives in Kim Campbell's ill-fated federal election campaign.