Investments under the Early Years Strategy will see the BC government -- NO, BC TAXPAYERS -- funding 5,000+ new child-care and after-school program spaces, as well as early childhood educator (ECE) bursaries for 2017-18.

Based on feedback the government has received from the child-care community, the Ministry of Children and Family Development (MCFD) will be launching a new two-stage application process to support the creation of up to 4,100 licensed child-care spaces. Details on program information sessions, applications and criteria will be available online beginning on Wednesday (March 15th, 2017) 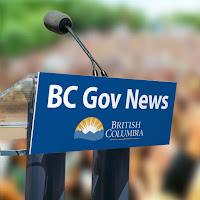 The release went on to say that priority for these new spaces will be given to organizations that will:


Funding criteria has also been extended to applications for new spaces that:

The process for the one thousand before, and after, school recreation spaces will be opened separately, with details to come shortly.

In the government media release, Minister of Children and Family Development, Stephanie Cadieux, was quoted stating, “As we increase the number of child-care spaces in B, we need to ensure there are enough qualified Early Childhood Educators to work in these facilities. That’s why we’re investing in the ECE Bursary to help encourage new ECEs and increase the number of qualified staff who can work in the sector.”

Don't get me wrong, I am not critical of the child-care spaces being created -- get ready though for the avalanches of taxpayer paid for advertising, which will of course be self-congratulating and which will promote Christy Clarks' BC Liberal government, for this largesse.