The Situation in the Province Appears to be Deteriorating

Tomorrow (March 7th) the Physiotherapy Association of BC (PABC) will be holding a news conference in Kamloops, hosted by CEO Christine Bradstock. 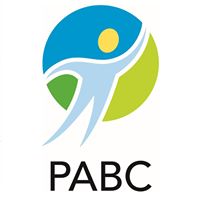 Ms. Bradstock will release the Physiotherapy Association of BC’s third paper at tomorrows new conference beginning at 10:30 am in the Scotch Creek Room of the Sandman Signature Hotel, in downtown Kamloops.


As noted above, there have already been two papers presented, from the series of four.


The first on how physiotherapy can reduce wait times stated that, " ... British Columbians in need of joint-replacement surgery face some of the longest wait times in Canada ... BC in ninth place among Canada’s 10 provinces. Even more worrisome, the situation in the province appears to be deteriorating.


The second discussed how physiotherapy can provide improved and more affordable healthcare for elderly British Columbians.  The report noted that thirty years ago the seniors population, of our province, accounted for just under 12% -- today it is 18% -- and in another two decades those over 65 years of age will number one in four (25.3%)


What should be concerning however, when it comes to health care, is that currently 42% of the healthcare budget goes to seniors.


According to the Physiotherapy Association of BC, use of their services can, " ... speed up seniors’ recovery after surgery and other medical treatment, reducing or preventing hospitalizations ... at a very affordable cost."


Their report went on to say that, " ... British Columbia seems to lag behind other provinces in the provision of physiotherapy services to seniors ...".  Isobel Mackenzie , BC's Seniors Advocate indicated “physical therapy is critical in keeping seniors as mobile and active as possible, for as long as possible.”

The PABC further stated that, "... she also found that only 12.5 per cent of seniors living in residential care in BC had received physiotherapy during the preceding seven days. In Alberta and Ontario, meanwhile, the comparable figures were 23.7 per cent and 50.0 per cent ..."


An election now just two short months away, and health care taking up more and more of the BC budget.  With that in mind, it will be interesting to see what, if any, of the recommendations made by the Physiotherapy Association of BC that Christy Clark's BC Liberal government consider implementing.


Kamloops has always had strong representation at the cabinet table.  With Kamloops North Thompson MLA Terry Lake stepping down not only from his role as MLA, but also as Health Minister, will he be at tomorrows Media Conference to transition information to the government?  Or will it fall to Todd Stone from Kamloops South ... or to Kamloops Mayor Peter Milobar, who will be running for the Liberals in Kamloops North in the May 9th election.


We'll find out more tomorrow I'm sure ... and in the days and weeks ahead.