Corporate managers and competent governments faced with a crisis pull out the stops, rally available resources, and vigorously fight off the crisis with everything at their disposal


We are told, ad nauseum, that the world is facing a climate crisis. To add to the hysteria, we are told that we are quickly reaching the point of no return. We are not doing enough, and not soon enough to prevent catastrophe. Now we are told that fires in the Amazon rain forest are an international crisis.

G-7 leaders meeting in Paris pledged aid to Argentina, Brazil, Paraguay and Uruguay – finding equal to about equal one day’s cost of the G-7 meeting. 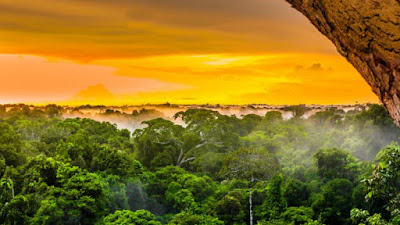 Why didn’t the G-7 leaders insist that the Amazon rainforest be declared a world heritage site under protection from damage?

All four nations, who have parts of the rain forest in their territory, are signators to the world heritage conventions, and would then have an obligation to protect the portions in their jurisdiction. Aid offered to help protect a heritage site lacks the political hazards of not doing so.

The term “crisis” has become meaningless. The Intergovernmental Panel on Climate Change (IPCC) has cried “wolf” for so long that not even their most ardent supports really believe that a global warming disaster can be averted.

What is troubling is that governments do not believe in a climate crisis either. They make a great show of building windmill and solar farms, and making electric cars in the name of combating climate change, but it is all window dressing. Frightening school children into thinking they are inheriting a doomed planet is hardly a civilized and rational way to deal with climate change.

Corporate managers and competent governments faced with a crisis pull out the stops, rally available resources, and vigorously fight off the crisis with everything at their disposal. No leader will waste more than a few hours deciding on a strategy before acting. Facing climate change requires more than dealing with a leaky roof! G-7 leaders have been exposed as the dithering group of incompetents they are rather than leaders of the seven most powerful democracies in the world.

The real crisis is the trade war between China and the US, along with Britain’s exit from the European Union. United, they have the capacity to (1) require China to use fair trade practices with other nations; (2) force the EU to make a fair deal with the British exit; and (3) plan to secure the economies of member nations and minimize the effects of a pending recession. 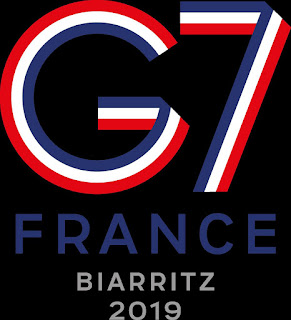 G-7 nations have lost the capacity to act together for their common good; each nation is convinced that it can act for itself in a highly integrated economic and financial world and succeed. They cannot accept that if one G-7 nation falters, they will all fail.

It is 70 years since they faced a real crisis, and the free world mobilized to defend its freedoms.

We are facing a financial and economic crisis that cannot be averted without some nations going bankrupt, and millions facing financial ruin. We cannot continue to live in a fairyland of increasing debt, with no rational plan for repayment over the next two generations.

The European Union is doomed. Member nations are still as balkanized as they were pre-union but now carry the added burden of layers of an expensive, detached and incompetent bureaucracy. It is not possible to govern responsibly without the accountability that does not exist in the EU.

If G-7 leaders don’t set aside their pettiness and rivalries to work together to save themselves, there will not be one of them left in office by 2025.

Actions have consequences. So does the failure to act.