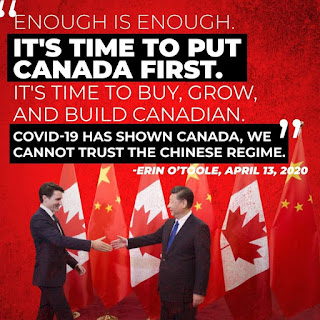 The impact of the COVID-19 pandemic on our local businesses, and everything that flows from them -- jobs, tax base supporting public services, business supported community programs, and so on -- has brought into stark relief the critical importance of those business to our very way of life and the existence of our communities.

It is a symbiotic relationship - in turn, those businesses cannot exist without the support of the local shoppers.

Sadly, it has taken this crisis for many Canadians to recognize this fact -- that “cross border shopping” has been an issue for decades.

He said that he loved Canada and that he never bought anything without checking the source label. If he had a choice, he would never buy anything unless the label said “Made in Canada”.


I have a personal story on how a Canadian immigrant / refugee understood what far too many long time Canadians did not (or worse, just didn’t care).


In 1992-93, I was Chair/President of the BC Chamber of Commerce. One day I was heading by taxi to the airport for a trip “up North” to give a business speech.

As usual, I rode in the front of the cab, so I could chat with the driver and get his story (they were always men and they all had stories – someone should write a book on “The Cabbies of Vancouver” – or probably any other city, for that matter!).

He was from Iran. He was a Muslim and his wife a Bahá’i. They had two children.

The Muslim authorities in Iran had come to him (presumably some time after the 1979 revolution) and told him he had to leave his wife and she was to have no further contact with their kids, as she would poison their Muslim upbringing.

Instead, they fled, through Turkey and Germany and eventually to Canada, presumably as refugees.


He said that he loved Canada and that he never bought anything without checking the source label. If he had a choice, he would never buy anything unless the label said “Made in Canada”.

I suggested that maybe I should drive his cab and he could go and deliver my speech – I expect that he would have done a better job of speaking than I would have of driving his cab!

Love of country is much more just words – it is also demonstrated by actions.

That Iranian immigrant family taught us all a lesson then – they bought Canadian.

We, sadly, have been forced to learn that lesson again.

“Buy Canadian” and “buy local” folks – the very survival of our communities depends on it! 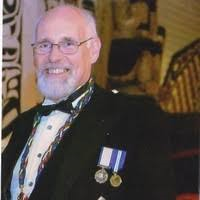 ABOUT IAN MACLEOD ... Ian is a retired lawyer. Before law, he spent 15 years as a BC banker (4 as a small-town branch manager). He has lived or worked in 17 communities of all sizes ... 14 in BC, two in Nova Scotia, and one in Quebec.

He has received several awards, including the Queen’s Golden Jubilee Medal (2002).