ROTHENBERGER –- I don’t like the thought of having a tube put down my throat -- and being unable to speak, eat or think for days and even weeks -- while a machine does my breathing for me 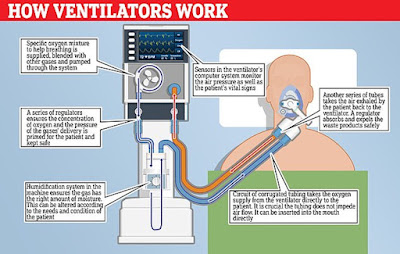 AN ARMCHAIR MAYOR FOLLOWER writes that we need to take a more candid approach to the messaging around COVID-19 to straighten out the skeptics.

As we approach a critical time in the war against the virus, her point is worth considering.

She says: “For instance, YOU WILL NOT BE ABLE TO BREATHE, or RESPIRATORY SHUTDOWN is like drowning and it hurts like hell.”

Well, that would certainly get people’s attention in public service announcements. A little like the warnings on cigarette packages that -- “Smoking can cause a slow and painful death.”

This sent me looking for more information on how the most severe COVID-19 cases are treated for the virus in hospital.

Not being a medical expert myself, I suggest you do your own research.

Suffice it to say, I don’t like the thought of being sedated, given paralyzing drugs, having a tube put down my throat and being unable to speak, eat or think for days and even weeks while a machine does my breathing for me.

Neither am I cheered by the stats on survival rates of those who must be ventilated.

The main piece of equipment in this battle is the ventilator, which is, basically, a mechanical breathing device. There’s a huge shortage and a massive push to manufacture and get them into hospitals. 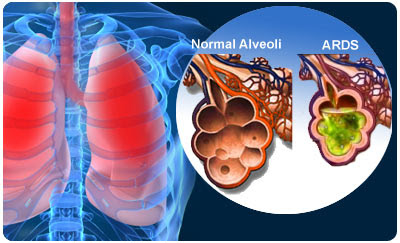 Even Dyson, the vacuum cleaner company, has switched over to making them. In fact, the company is said to have invented a new ventilator specifically for COVID-19 patients.

Ventilators are used with patients who develop Acute Respiratory Distress Syndrome. Fluid fills the lower part of the lungs, making it hard to breathe and get oxygen into the blood.

A ventilator, if one is available, might save your life; or not. I know I don’t want to find out.

Mel Rothenburger was born and grew up in Oliver, BC. Following high school, he attended college in Wenatchee, Washington and graduated from the University of Washington in Seattle.

After working as a newspaper journalist in other parts of BC he joined The Kamloops Daily News. Mel served as chair of the Kamloops-Thompson School Board and, from 1999-2005, as Mayor of Kamloops. After retiring as Mayor, he returned to The Daily News, from which he retired in 2012.

He has been the TNRD Director, for Electoral Area P, since 2014.

Mel can be reached at mrothenburger@armchairmayor.ca.