If other public and private insurers can pass on savings of nearly three quarters of a billion dollars, the people of BC deserve the same from ICBC 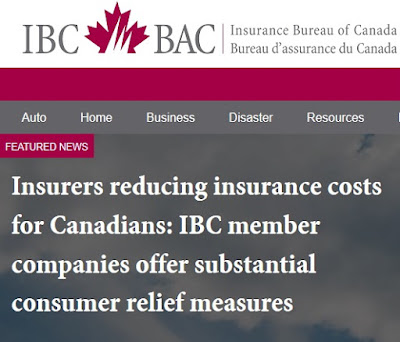 Two weeks ago, the Insurance Bureau of Canada (IBC), which represents companies providing private auto insurance across Canada (excluding Saskatchewan, Manitoba, and British Columbia), made a major announcement, due to the impacts of COVID-19.

According to the Insurance Bureau, for consumers whose driving habits had changed significantly, their member companies would be offering reductions in auto insurance premiums which they estimated could result in $600 million in savings to consumers.

Now, today, Manitoba Public Insurance (MPI) announced they would be returning up to $110 million to provide financial relief to policyholders in that province. Crown Services Minister Jeff Wharton announced:

“Rebates will be based on what policyholders paid last year and expected to be around 11 per cent, or between $140 to $160, per average policyholder, the minister noted, adding policyholders can expect a rebate cheque at the end of May to early June”, he indicated.

“Based on a reduction of claims, and a healthier than expected financial statement, the people of Manitoba will share in the prosperity of their provincially owner insurance corporation”.

The Conservative leader then continued, “As British Columbians, we pay more for vehicle insurance than other provinces – that’s not right -- especially when many BC residents, and businesses, are having a tough time financially due to the impacts of the COVID-19 pandemic”.

British Columbia is now only one of two provinces - out of all provinces and territories in Canada – which has not offered to pass on the savings being realized due to residents staying home; as recommended by Health Minister Adrian Dix, and BC’s Provincial Health Officer, Bonnie Henry.

“Conservatives in BC call on David Eby, the Minister responsible for ICBC, and the government of NDP Premier John Horgan, to afford British Columbians the same savings and benefits from our own provincially owner insurance corporation.”

“If private insurance companies in Canada, and now even Manitoba’s provincially owned public auto insurance company, can pass on savings amounting to nearly three quarters of a billion dollars, the people of BC deserve the same from ICBC”, Conservative leader Trevor Bolin concluded.