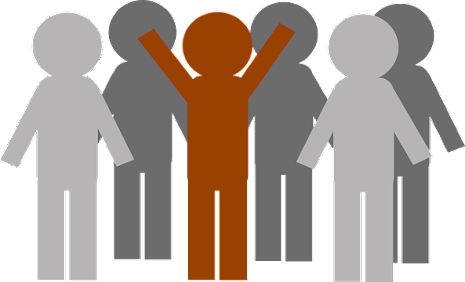 A federal election is a war between political parties for the hearts and minds of people. In different language, election strategy tells people whatever it takes to win and then declaring you have a mandate to do whatever you please once victory is secured.

That is amoral, cynical and unethical and why we distrust politicians and consider them less ethical than used car salespeople.

More importantly, the political party wars produce social media demigods who lack the capability and traits of real leaders. Consider the results of this contest of mediocrity … the PMO employs about 225 people. The PCO employs about 175 people. Why does Prime Minister Trudeau need a staff of approximately 400 to lead a government?

The government has a Cabinet of 35 Ministers, all of whom employ staff to assist in department functions. The government has a caucus of 119 members, excluding Ministers. That is where governance direction and policy are formed. The leader’s job is to weld those 154 MPs into the best governing body possible. They are there to serve the people who elected them, not to direct the people of Canada.

Please have a good look at our current array of political party leaders. Not one stands out as a leader of the people he claims to represent. They all represent ideologies, not people and their needs.

Justin Trudeau is a globalist and internationalist convinced that world order is a key to the future of a peaceful and orderly world. That was the original mandate of the United Nations with one difference. The UN was to act as a policing unit for member nations and intervene to stop wars between nations and conduct that violated world peace.

The UN was not designed to interfere in a member nation’s internal affairs. The vision of a world controlled through the United Nations is the exact opposite of its formation mandate. Trudeau is not concerned with the needs and well-being of Canadians.

Jagmeet Singh is a socialist determined to move Canada hard left irrespective of the financial cost. He cannot grasp that pharmacare for all is the pharmaceutical industry dream. It does not need to create cheap generics when pharmacare pays for patented medications. Pharmacare will need tax subsidies, premiums, copayments or some combination to function, which will hurt low-income earners and benefit those who can afford supplementary medical plans.

Medical and hospital services are a provincial jurisdiction and cannot be dealt with by the federal government. Singh’s plans will create a constitutional crisis.

Yves-François Blanchet has no interest in affairs outside of Quebec and has proven to be an able disrupter of any policy or program he perceives as detrimental to the interests of the province he represents. He has no business on the national stage.

Erin O’Toole is operating a political puzzle factory. His advisors seem intent on following the failed 2015 and 2019 election strategies of degrading Trudeau and claiming they will crush the Liberals.

None of us care about ‘crushing the Liberals.’ Their incompetence is defeating them. We need to hear from a leader with plans to repair the enormous damage done to our nation and her people. Leadership is not about treating us like children in need of guidance. Party leaders who believe they are supreme are closet tyrants, not leaders.

We have suffered a year of tyranny. Incumbent politicians are not helping the people who voted them in and are undeserving of re-election. Infringement of our freedoms and rights during an emergency is understandable. However, a crisis is not a lasting event. Routine extension of the emergency period long ago passed credibility.

Incompetence in dealing with a virus does not constitute an emergency. It is ample reason for those in charge to resign and allow others to develop policies that work.

We need a conservative government. Not the CINO sorts who, like Chicken Little, scream about the need for “a big tent” when we need representatives who will stand up for those who elected them, adhere to conservative principles and follow our constitution.

Our constitution is the framework where all governments, federal and provincial, draw their respective powers. For decades, political parties have ignored the constitution to do whatever they consider convenient.

That practice must end.


Image by Jonathan Blackburn from Pixabay