Surveys of Canadians have shown a strong desire for reduced work hours with a four-day work week being a highly prized goal. This is hardly surprising given that leisure time is a valuable good for most people. 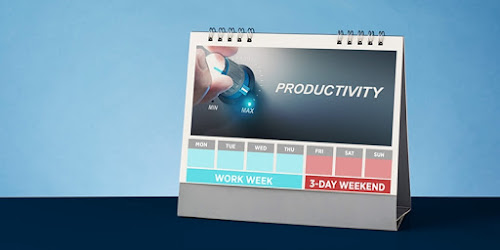 To be sure, a four-day work week would be less desirable if it meant reduced pecuniary compensation. However, this would be the case unless labour productivity increased commensurately with a reduction in hours worked. In competitive markets, the compensation paid to workers will reflect the value of the output they produce. Therefore, if hours of work are reduced, workers must produce more per hour to maintain the same value to their employers.

Some advocates of a reduced work week argue that a reduction in hours worked should, by itself, contribute to improved labour productivity because better rested and more invigorated workers will be more productive. However, the limited empirical evidence on this issue does not support this optimistic assessment. Available evidence provides stronger support for the view that less continuous time at work, beyond a point, slows the rate at which employees, especially younger workers, learn how to do their jobs better. Indeed, if employees were more productive, on average, spending approximately 20 percent less time on the job, one would expect that profit-oriented companies would have already made the four-day work week ubiquitous.

This volume identifies and discusses a set of initiatives that promise to improve Canada’s labour productivity growth rate. In broad terms, the initiatives identified should promote faster productivity growth by encouraging more investment in physical and human capital and by stimulating innovation and entrepreneurship. Steven Globerman’s introductory chapter provides an overview of the factors that have been linked to productivity growth. It shows that if labour productivity in Canada grows at approximately 2 percent per year from 2018-2030, the average Canadian worker could enjoy a four-day work week while actually earning a higher inflation-adjusted income compared to the start of the period. While a 2 percent per year growth in labour productivity represents almost a doubling of Canada’s recent growth rate, it is about equal to its longer-run historical rate.

Chapter 2 by Trevor Tombe and Chapter 3 by Vincent Geloso discuss the important role that competition plays in strengthening the incentives of organizations to improve productivity. Tombe highlights the perverse effects of inter-provincial barriers to trade on Canada’s productivity performance. Such barriers discourage productivity improvements by protecting less efficient locally owned businesses from competition provided by suppliers located in other provinces. Geloso documents widespread government-imposed barriers to the entry of foreign-owned competitors in prominent industries such as telecommunications and finance. The threat of entry by more efficient firms is a powerful discipline confronting incumbent firms, while actual entry will result in the displacement of organizations that fail to engage in continuous innovation and productivity improvement. Hence, eliminating entry barriers is an important initiative that should improve labour productivity growth.

In Chapter 4, Laura Jones highlights how regulatory red tape as it is applied to product markets adversely affects the productivity performance of small and medium-sized firms. While some amount of regulation is clearly justifiable using a social benefit-cost calculus, a substantial amount of regulation imposes efficiency losses that exceed any plausible social benefits. Regulatory red tape requires firms to divert productive resources that would be more efficiently employed in developing new products, training their workers, investing in capital equipment, and reorganizing how they do business, all of which would contribute to faster productivity growth.

In Chapter 5, Robert Murphy identifies some major legal and regulatory barriers to labour mobility. While such barriers are frequently defended on the grounds that they protect workers from the market power of large employers or that they protect consumers from unqualified suppliers of goods and services, they are often unwarranted barriers to competition that protect incumbent groups of workers who have successfully lobbied for a privileged status maintained by governments or regulators. Such barriers inhibit the specialization of labour and discourage innovation and new firm start-ups.

Steven Globerman (Chapter 6) and Russell Sobel (Chapter 7) discuss the main factors influencing innovation and entrepreneurial activity, respectively. Globerman highlights limited domestic and foreign competition as being particularly important in the Canadian context, as well as relatively high marginal personal tax rates, and taxes on capital gains. While Canada does very well in terms of scientific achievements and is home to well-regarded research universities, there is a major gap between advances in scientific knowledge and the commercialization of those advances. Sobel also identifies the discouraging effect that high marginal tax rates can have on risk-taking and start-up activities. He cites regulations and a broader public policy environment that tends to diminish the value of private sector entrepreneurs.

Finally, Jack Mintz (Chapter 10) and Livio Di Matteo (Chapter 11) address the growth of public sector spending which, beyond a point, crowds out private sector investment in productivity-enhancing investments. Di Matteo’s review of the literature suggests that when total government spending significantly exceeds around 30 percent of GDP, real economic growth slows, and it slows consistently as that share increases.

In effect, fiscal rules tie the hands of legislators who are under constant lobbying pressures from a variety of constituents to spend public funds in ways that benefit those constituents.

The fundamental message of the chapters in this volume is that improving Canada’s productivity growth performance is crucially important to enhancing the standards of living of Canadians—including achieving a four-day work week.