BRETT WILSON -- Sadly, for the Conservatives, some believe that to win they need to act more like Liberals 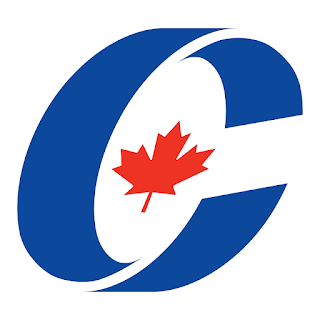 There is a lot of thought around the future of the Conservative Party of Canada (CPC), with three election losses in a row. With three different leaders it seems that the CPC might now be in limbo.

There are different opinions in what direction the CPC need to go in to win a Majority Government, and there are a number of issues that are currently facing the party that seem to be ignored by the membership. They include:

Conservative Party headquarters, and the Office of the Leader of the Opposition (OLO), have failed. They have clung on to the strategy of 2011 and hoping people will just want a strong economy again. Let us be clear here, for the CPC to be successful the failures still in OLO and HQ need to be purged out completely. They have run the ship into the same iceberg the elections in a row. For the Conservatives to thrive they need cut off the idea that the economy is the #1 issue for majority of Canadians … which brings us to the second issue:

The CPC needs to get their focus off the economy as their only selling point. Let’s get something clear. Yes, the economy is important and during the period of 2005-2011 the world was in a recession, and jobs, along with the Canadian dollar, were in decline.

This was a time where the economy was an issue for majority of Canadians. Well, I hate to break it to the fiscal part of the Conservative Party, but this is no longer the #1 issue for Canadians anymore. If it was, Stephen Harper would still be Prime Minister today.

For the CPC to be successful they need to stop putting lower taxes and budget cuts at the center of their platform -- it should be implied that Conservatives equal lower taxes, which is something they have always stood for (in the modern form of Conservatism).

Conservatives can have a rich platform, alongside their fiscal policies that would look desirable to the people in the middle, but in doing so, not go so far that the party rebels, like in the case of O’Toole. I actually think Scheer was starting to turn away from a party just representing fiscal ideals. Not only that, but he was also starting to turn towards a new positive form of politics. He may have started rough but near the end he was on point, and I believe given a second chance he would be Prime Minister right now.

The Conservatives need to stop their obsession with Quebec. This has been the problem for the Conservatives and there is no real reason for it. Let’s remember that Stephen Harper in 2011 only had 6 seats in Quebec. Yes, I know that Quebec is the second largest number of ridings in Canada, but is winning a province who will not support the current state of the Conservative Party, the only way to get a majority?  Does it need to cut off any interest in the West? And if one looks, the west already felt pretty alienated by O’Toole.

But let’s do some math:

Quebec = 78 Seats (soon to be 77 seats), the West (BC to Man) = 104 Seats (soon to be 108 seats). Since 2011 Conservatives have not been able to get more than 11 seats in Quebec. Just think the seats we could win the Maritimes, which has 30+ seats. If the CPC traded Quebec for the East Coast, it would at least double the number of seats. This is a simple example of working smarter not harder. The CPC needs to end its obsession with Quebec and with changes in the leadership race rules in voting Quebec will have a lot less influence in the leadership race.

Ever since the loss following the 2015 election, Conservatives have been focused on getting votes -- and in the last two elections they have succeeded. But from 2015 to 2021 there has only been one leader to actually gain in seats; that is former leader Andrew Scheer.

Say what you want about Scheer, but one thing you cannot deny is that over the past 3 federal elections he was the most successful. In all elections Scheer won the popular vote and gained the most seats. Again, if given the chance, he could have become Prime Minister. But it seems that since Scheer, the Conservative Party only cares about getting a majority of the votes cast, instead a majority of votes across a majority of seats.

A secondary problem, seen by O’Toole, was taking a shift closer to the center.

Sadly, for the Conservatives, some believe that to win they need to act more like Liberals. In fact, both the CPC and the NDP tried this in the last election, and both failed to make any gains. In fact, in the 2017 leadership campaign, Scheer stated the Conservatives would lose to the Liberals if they just tried to become them -- and he was completely right.

The problem with O’Toole, and his team’s thinking, was they tried to appeal to people in ridings who would never vote Conservative no matter how much they were pandered to. The result was inevitable, with the opposite happening. O’Toole lost ridings won by Scheer in 2019, with most of them in the west.

O’Toole wanted to win in Toronto and Montreal and came away with losses in BC and Alberta.

While it is clear majority of Canadians do not want the Liberals to govern, the Conservatives need to appeal to the people in the middle; not to the people who are on the other side of the fence.


Sitting on the Fence:

The way to win seats is to win what is known as swing ridings -- it is these ridings and communities the Conservatives need to target and build their messaging around.

The biggest lie comes from social liberals in the party who say that we need to cut out the social Conservatives, and quiet the libertarians. In reality the average person in Canada doesn’t even know, nor do they care about, what these terms mean. This focus on moving center is more due to different factions within the party using failures of the past to gain more influence and power within the party. The reality is the soul of the party does not need to change. In fact, going further to the centre/left does more harm than good.

What I have seen is people want a reason to vote for you, meantime the messaging of the Conservative Party since 2015 has been pretty negative. They have been, for the most part, attack ads telling you who not to vote for. This is why Scheer excited me; he wanted to bring a positive vision for the CPC and make the Conservatives look more appealing than the current negative brand they have.

Of course, everyone has their own opinions, but it is clear the party needs to have some changes in their performance and platform if they want a chance to win. But it will take a bold and great leader to accomplish this. 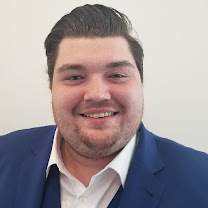 Brett Wilson ... has been involved with Canadian politics, and the Conservative Party of Canada for the past 7 years.

This has included education and experience working in Ottawa, alongside a number of campaigns getting firsthand experience within Canadian politics and government.