FORSETH -- Isn’t our justice system, in general, supposed be blind to anything other than the actual criminal acts being committed? 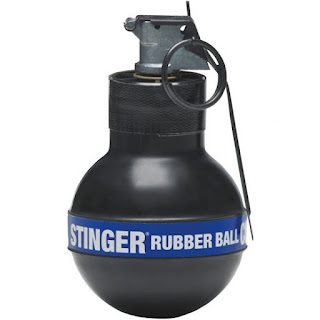 Today I read yet another news story related to criminal actions committed with a firearm – and once again the criminal got off with a slap on the wrist – in fact there no consequences, at all, for their actions!

The story states that:

A Prince George man was sentenced Monday to a three-year jail term for possessing a "stinger" grenade and an illegally modified rifle. Less credit for time served prior to sentencing, Keith Christopher Lundy, 43, will have 334 days left on the term and it will be concurrent to a federal sentence he is serving for drug offences. Lundy had 650 days left on that sentence as of Monday.

Now, just a reminder, 'Concurrent' means something that happens at the same time, or parallel to an existing event.

IN OTHER WORDS, there will be no actual jail time for the criminal actions committed by Lundy.

Why do I bring this up?

Perhaps you, like me, have likely noticed a proliferation of Government of Canada TV advertising, telling us how Prime Minister Justin Trudeau's Liberal government is doing everything they can to protect us from gun violence.

Well it’s a load of garbage (the above news story being just one example), and I’m surprised that not one media outlet seems to be calling them out for the blatant falsehoods in this advertising.

So let me then remind you of this FACT; under the former Conservative government of Prime Minister Stephen Harper, a number of mandatory minimum penalties (MMP) were already in place for the criminal use of firearms ... the current federal Liberal government, however, is in the process of rolling many of them back.

Personally, I don’t really care if criminals should decide to be stupid, and as a consequence become incarcerated. Furthermore, as many Canadians are saying – sentences aren’t long enough.

So what is being removed from Minimum Mandatory Penalties? Here are just some of the examples: 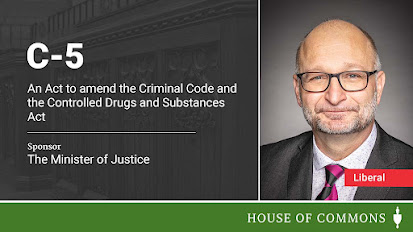 Others include sections and paragraphs with regards to discharging a firearm with intent and/or recklessness ... robbery with a firearm ... extortion with a firearm.

Then, there is this matter as well, which Lametti also voiced:

“... they (MMP) end up over incarcerating Indigenous and Black Canadians – marginalized Canadians ..."

So, I have to ask the question, and I know already that some are going to say I’m being racists, however isn’t our justice system, in general, supposed be blind to anything other than the actual criminal acts being committed?

Now I know that there will always be extenuating circumstances, however in general, should it not make any difference whether those committing criminal acts are of any particular gender ... whether or not the are black, blue, purple or white ... or any other descriptive of the person you may wish to include?

Prime Minister Trudeau, Justice Minister Lametti, and his government as a whole, are misleading Canadians when it comes to actions they are taking regarding gun laws. Instead, they are pandering to those fearful of gun related criminal activity which is taking place in many large metro cities in Canada.

And, in typical fashion, they are instead focusing on legitimate gun owners because they are easier to target, rather than real gun totting criminals.

Justin Trudeau – you are a fake, and a phony, when it comes to gun laws and real and what would actually be deterrents – your removal of Mandatory Minimum Penalties proves it.