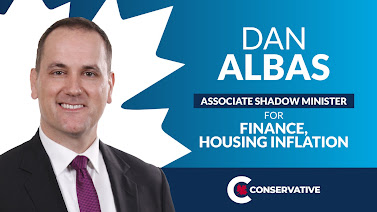 On Family Day, Monday, February 21, a vote was held in the House of Commons to “confirm the declaration of a public order emergency proclaimed on February 14, 2022.” In other words, to confirm Prime Minister Justin Trudeau invoking the Emergencies Act here in Canada.

I seldom share my personal thoughts, but I will admit to being surprised by this. Given that the only remaining blockade in Canada was in Ottawa, which had been cleared by police over the previous weekend, I had anticipated the order would be revoked on Monday.

Not only did the Prime Minister insist on maintaining the Emergency Act, he also made the vote a “confidence vote” meaning if the vote did not pass, the PM would once look to call an election.

Two Liberals MPs, who joined the Conservative and BLOC position (also backed by the Canadian Civil Liberties Association) that the legal threshold to invoke the Emergency Act had not been met, admitted they would have to vote in favor of the motion solely because of the Prime Minister’s threat.

The NDP had already committed support for invoking of the Emergency Act, before the details of what was being proposed by PM Trudeau was tabled in the House.

Ultimately the motion to invoke the Emergency Act passed with 185 votes in favour and 151 votes opposed, including my own.

With so much attention on the trucker protest in Ottawa, and the debate in the House regarding the Emergency Act, other matters that occurred went largely unnoticed.

One item that was completely overlooked relates to your wireless cell phone bills. On Wednesday February 9th, in the House of Commons, Prime Minister Trudeau made the following comment:

“We promised Canadian families that we would reduce the cost of their cell phone bill. Today, I am happy to announce that we have met our 25% price reduction target. In fact, we have done so three months ahead of schedule.”

This statement from PM Trudeau relates to his 2019 election promise that your cell phone bills would be reduced by 25% within two years saving the “average Canadian family $1,000” a year.

This leads to my question for this week:

Have your wireless cell phone bills gone down by 25% as Prime Minister Trudeau claims they have?