MEL ROTHENBURGER: "What’s so important about topics like the environment and education that they deserve discussion on their own?" 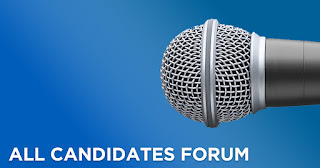 I’ve commented here a couple of times about the Liberal record on avoiding some of the forums, but I can see their point of view.

There are, actually, several good reasons why candidates should not attend so-called single-issue forums:

Anyway, what’s so important about topics like the environment and education that they deserve discussion on their own? You’d think from the way some people talk that the future depends on such things. Get over it.

Besides, exceptions can always be made to the single-issue rule, like when the chamber of commerce asks you to tape a video on business topics for their website.

Generally, though, single-issue forums are best ignored if at all possible.

About Mel Rothenburger (aka The Armchair Mayor)

Mel Rothenburger is the former Editor of The Daily News in Kamloops, B.C. (retiring in 2012), and past mayor of Kamloops (1999-2005), and previously served as Chair of the Kamloops School Board and Chamber of Commerce Director. He was elected Director for Electoral Area P in the Thompson-Nicola Regional District in November 2014.