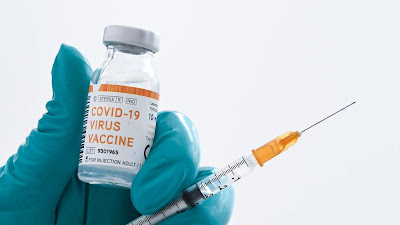 This week Canada had some good news: the Prime Minister announced a new deal that will result in an additional 20 million doses of the Pfizer-BioNTech COVID-19 vaccine coming to Canada.

Unfortunately, this additional vaccine supply will not make it to Canada until sometime between April or May.

This is very important because this week CBC reported that British Columbia has now “slowed its pace” administering the vaccine while the province awaits for more vaccine supply to arrive.

Another decision that BC has had to make, related to the lack of supply for the COVID vaccine, is that the required 2nd dose will now be administered 35 days after the first dose.

The reason for this is to ensure as many vulnerable citizens receive the first dose as possible and to maximize the limited supply.

The challenge with this is that Health Canada states the following:

“The vaccine is given by an injection (0.3 mL) into the muscle of the arm. For the vaccine to work best, you need to get 2 doses: a single dose and then a second dose 21 days later. Based on studies in about 44,000 participants, the Pfizer-BioNTech COVID-19 vaccine was 95% effective in preventing COVID-19 beginning 1 week after the second dose. This means that people may not be fully protected against COVID-19 until at least 7 days after the second dose.”

BC has indicated that extending the 2nd dose to 35 days is ‘approved’ by the World Health Organization as well as the Federal Government.

This is noteworthy as Health Canada is the regulatory agency that approves the use of any vaccine or drug based on its arms length, evidence based process.

However, some groups of BC Doctors have opposed this move suggesting it is potentially “unscientific, unsafe and unethical.”

The BC Nurses Union has also been reported as questioning this move stating that nurses “follow the other guidelines from the manufacturer around storage and handling of this vaccine," pointing out that; "now we're going to deviate?"

It is unfortunate BC is in this situation.

It is well known that the Trudeau Liberal Government, for reasons unknown, made their first deal with the China based CanSino Biologics to deliver vaccine.

The Chinese Government ultimately blocked this vaccine from coming to Canada.

As a result of that deal collapsing, Canada did not secure the large quantities of vaccine it now has on order from other manufactures in as timely of a manner.

My question this week is:

If you received the first dose of the Pfizer vaccine (as some citizens now have, here in the Okanagan) do you believe it is a reasonable expectation to receive the second dose within the 21 day time-frame as set out by the manufacturer?