ADAM OLSEN – Does Premier John Horgan have a plan ... and, is he ready to govern British Columbia? 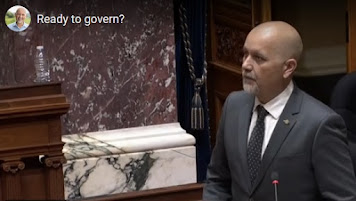 When Premier John Horgan pulled the legislature down around him causing the snap pandemic election, he claimed it was because British Columbia needed a strong majority government that was ready to govern through COVID-19.

He said the BC NDP were ready to lead. He claimed that his election would not delay economic recovery funds from rolling out to people and businesses.

We are learning that his claims were not quite as solid as his words led people to believe. In reality, government activity went into hibernation, constituency offices were put into caretaker mode as the dissolution of Parliament is essentially a stop work order. Why would the public service continue working on projects that they have no idea will be supported by the incoming government?

As a result, not much governing has happened in the months since the election was called. To make matters worse there are many new MLA’s and Cabinet Ministers.

While the Legislative Assembly staff are doing an incredible job to on board us, the fact we are in the middle of the much anticipated second wave of the COVID-19 pandemic has made the usual re-start process much slower, and more difficult.

Bill 3 puts forward a handful of amendments to the Financial Statutes Act and the Homeowner Grant Act. Essentially, Premier Horgan’s BC NDP government is amending legislation to allow themselves the space to delay the 2021 budget.

Legislation was passed last summer to give government more time to deliver a budget following a Fall election, now they want to extend that time further into the Spring.

And ... is he ready to govern British Columbia?

To read the full commentary, with the legislative transcript, CLICK HERE