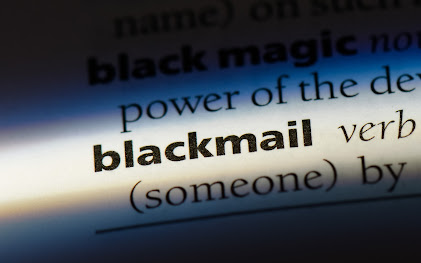 One of the most valuable lessons my father taught me was that I am not obliged to play poker when someone pulls out a deck of cards. When I was a young man learning the world’s ways, the advice saved me a lot of money.

Quebec’s Bill 96 is a deck of cards. No one is obliged to play. Quebec’s moves to make the province French only and to demand nationhood are not surprising. One can never satisfy a blackmailer.

Trudeau’s advisors are aware of these conventions and are ignoring them because he has to take the focus off the horrendous economic crisis he has created. He can’t trigger an election with inflation and unemployment high. He needs a distraction.

The eight provinces (except Quebec and New Brunswick) can declare themselves English language provinces and demand repeal of the Official Languages Act and the Consumer Packaging and Labelling Act. Repeal of those acts does not affect the constitution.

No more French-language labelling and no more singing the anthem in two languages.

“After the bill’s introduction in the Quebec legislature, Prime Minister

Trudeau almost breathlessly announced that it was “perfectly legitimate”

for one province to alter the constitution of the entire nation. In particular

that Quebec, which did not sign the Constitution Act, is nonetheless

endowed with the singular privilege of the power to amend it.

From which I derive a new principle of constitutional law — herewith:

Act has the right to, unilaterally, amend the constitution.”

When Pierre Trudeau, Jean Chretien and Paul Martin were in power, they did not press Quebec’s demands too far for fear of a backlash. As a result, Chretien underestimated Quebec’s fervour and almost lost a 1995 separation referendum.

25 years later, English-speaking Canada will no longer work to keep Quebec in confederation. Quebec’s unconstitutional signage laws are one of many factors behind the change.

Justin Trudeau has no sound political instincts or diplomatic skills. He consorts with criminals. He has no respect for the law or democratic governance.

English-speaking people must demand that the federal government protect their interests and repeal the Official Languages Act. Failing to do so will create a constitutional crisis.

Quebec has played the part of a blackmailer for far too long.

Accommodation and appeasement are over.

Contact your provincial member and demand action to counter Quebec’s demands. Contact you member of parliament and order repeal of the Official Languages Act in response to Quebec’s threats. The louder and oftener we yell, the quicker we can get back to sanity.