DAVID GIBSON -- Over the last few months Canadians have shown, individually and collectively, that we can accomplish huge things


On Saturday, we shared the following post from regular commentator John Feldsted; “The world will not stay ‘on pause’ awaiting a coronavirus vaccine ... there are better solution”.  A regular reader of the blog posts, David Gibson, had his own thoughts on the situation, and John’s commentary, which he agreed to let me share with you ... 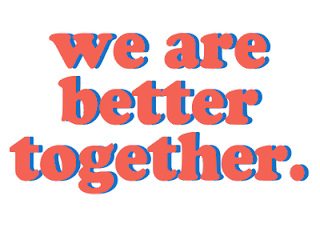 That was a very dismal message. Complain, complain, complain. Remember that this is Canadians' first time around. We're ALL new to this. Pandemics aren't new, but this one came fast, and we are ALL doing our best. You write:

"We are weary of the continual bickering, posturing, promises and ongoing failures to put the interests and welfare of Canada and Canadians first in our governance considerations."

There are many, many Canadians who agree with you. Millions, in fact. Every bit as weary and frustrated as you. Well then, do something about it instead of just moaning and groaning on the sidelines.

Have you thought of some new method for electing our many representatives? Some system that would lead to a more collaborative dynamic in our various Legislatures?

Better laws ... Better budgets ... Why not advocate for that?

What if we were to try a new system for two election cycles, and see if we prefer the outcome? Not the political outcome, but the functional outcome? In a word, the product.

Over the last few months Canadians have shown, individually and collectively, that we can accomplish huge things. Much bigger. Much faster. Much cheaper. Much better. Much smarter.

We have shown hundreds of creative ways to apply brains, imagination, creativity, and technology to an otherwise overwhelming problem (COVID-19).

We have even had some common revelations about who in Canada's society and economy have been disadvantaged and need help, and that help has been forthcoming. Not just with words, but with open hearts, open minds, and open wallets.


Do you want to improve Canadian governance, and Canadian lives?

There is a common wish for that. It's not unattainable. As we have recently seen - as we in fact see daily, even hourly - we can surprise ourselves, and one another.

We know we can do better because we see better all around us.

A crisis is a terrible thing to waste.

David Gibson ... is a Vancouver native – he took part in his first election campaign at age 15, and never recovered.  He has worked for all levels of government in the public information field, and for an international advertising agency.  He was a founding Member of TEAM civic party (1967) and the Drinking Driving CounterAttack Program (1977).  Wherever he is, David says he’s a newspaper junkie