WorkSafeBC says they are committed to sound financial management, meantime Liberal leader Andrew Wilkinson wants to know what happened to the 2.9-BILLION-dollar surplus 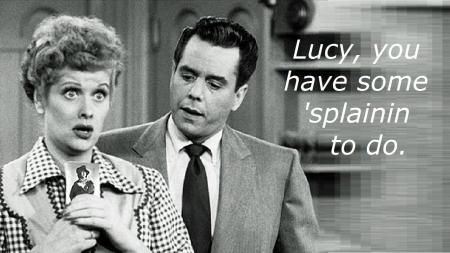 For those who missed the story, released by WorkSafe BC yesterday, it seems they are expecting a substantial financial loss-- just how much however, is the question many are asking.

While WorkSafeBC says they are ... committed to sound financial management in order to ensure the long-term financial sustainability of the system for workers and employers, the BC Liberals are asking BC Labour Minister Harry Bains how the NDP government has ... lost almost the entire estimated $2.9-billion surplus from WorkSafeBC in just the last few weeks.

So, is there a sound financial footing for WorkSafeBC – or is it facing financial instability?

The statement, released from WorkSafeBC over the weekend, stated that indeed the COVID-19 situation has resulted in a lot of economic uncertainty. However, to increase financial stability (and avoid rate volatility during economic and investment downturns) they retain what they call a ... reasonable level of assets over liabilities.

Further, the release stated, “Currently, WorkSafeBC continues to exceed its target funding level, despite the volatility”.

Liberal leader Andrew Wilkinson however is calling on John Horgan’s NDP government to tell British Columbians what happened to that $2.9 billion surplus.

"People all across BC have been sacrificing to help stop the spread of COVID-19 and now as they head back to work, they're learning that the agency in charge of ensuring they're safe doesn't even have enough money to help buy gloves or masks”, said Wilkinson, who then continued:

"This is unacceptable at the best of times, but as people return to work and help rebuild our economy, the timing of this failure couldn't be worse."

Currently, for the purposes of contingency planning, WorkSafeBC’s actuaries are considering multiple possible scenarios (financial needs and risks), based on what they are call ... widely varying economic forecasts.

Again, according to WorkSafeBC, their long-term planning, including the setting of assessment rates, is based on a smoothed approach to financial valuation and projection.

That ‘smoothed approach’ apparently means that ... significant investment gains or losses are generally taken into account over a period of years, rather than having the immediate impact that the fair value financial statements might suggest.

Still, a 2.9-billion-dollar loss, impacts the Liberal’s suggestion that WorkSafe BC's surplus be used help small business owners with the cost of personal protective equipment (PPE), so they can keep their employees and customers safe.

“We now know why the NDP rejected this idea - they lost the surplus”, said Wilkinson.

"The people of BC, and especially the people who paid premiums to WorkSafe, are entitled to know who lost $3 billion in a matter of weeks," added Wilkinson. "Where is the accountability? The NDP need to answer for this immediately."

Who’s right ... how much money has been lost ... is it a loss that fits with possible financial scenarios planned for by WorkSafeBC ... and will it impact workers relying on WorkSafeBC?

As Rick Riccardo would say when Lucy would screw something up ... “You got some splainin to do”