FORSETH -- One-percent of the total drug deaths (6,000) IS a very real 60 flesh and blood individuals, whose families have been devastated by the loss of their child 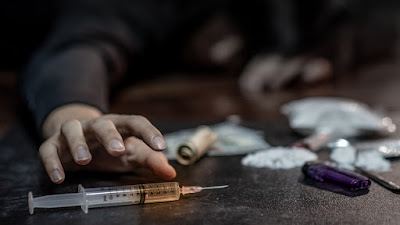 Yesterday, the government of BC announced that it had introduced amendments to the Mental Health Act to improve the care and safety of youth under the age of 19 who are experiencing severe problematic substance use by providing short-term involuntary emergency stabilization care following an overdose.

Good news right? Not according to the BC Liberals Mental Health and Addictions critic Jane Thornthwaite.

“May was the deadliest month for overdoses in BC’s history and reinforced the urgent need for substantive action from this government to provide youth with addictions the proper supports they need,” she said, before continuing:

“More than ever, John Horgan and the NDP need to step up their response to this crisis and repair the gaps in the system before more people — especially our kids — fall through the cracks. I’ve outlined an easy solution to protect kids in the Safe Care Act, and it’s disappointing the government continue to ignore it.”

Thornthwaite has introduced the Safe Care Act twice now, according to the Liberals, in an attempt to put forward solutions to help young people find safe spaces so they can recover from substance abuse, sexual or domestic violence, or mental health issues.

Well, it didn’t take long for Lisa Lapointe, the Chief Coroner of the BC Coroners Service, to provide her thoughts either. Mid-afternoon she issued the following statement in response to the provincial governments proposed amendments to the Mental Health Act:

“Today, the BC Coroners Service became aware of the proposed amendments to the Mental Health Act tabled by Judy Darcy, Minister of Mental Health and Addictions.


“Every death in this province due to illicit drug toxicity is tragic, and the BC Coroners Service is supportive of meaningful efforts to reduce the number of lives lost. I recognize that the deaths of those under 19 years old remain a small proportion of those tragedies, representing approximately 1% of the more than 6,000 illicit drug toxicity fatalities since 2015”. 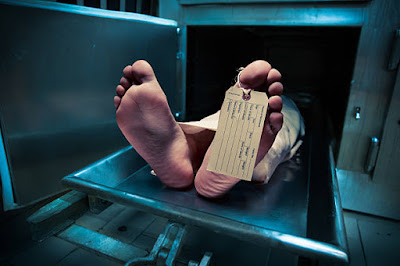 While acknowledging that youth deaths ‘remain a small portion of those tragedies’, let’s recognize that ... one-percent of the total drug deaths (6,000) IS a very real 60 flesh and blood individuals ... whose families have been devastated by the loss of their child.

Lapointe went on to say, “... there is a recognized need for a comprehensive, culturally safe system of care and treatment for those experiencing problematic substance use in B.C., including youth.

Without an established evidence-based, accessible system of substance-use treatment services, I am concerned there is the potential for serious unintended consequences as a result of these legislative amendments, including the potential for an increase in fatalities”.


Now, I’m not even going to try and reference the many commentaries I have already written on this topic. Suffice to say that I have very strong feelings that those who create, and are the initial distributors, of these poisoned drug supplies should at the very least be charged with manslaughter – and locked up for a very long time.

I have also called for there to be sufficient beds available, so that when some one decides they’ve hit rock bottom, and are ready to kick the drug habit, they aren’t waiting for weeks to gain entry to a program.

I have also started there needs to be long-term follow up ... education opportunities ... clean accommodations (which are far from where drugs are dealt) ... and more.

For the government to provide ... short-term involuntary emergency stabilization care following an overdose ... without having a long-term plan available, will ultimately end in failure.

Which is why I agree with the Chief Coroner, who said that the work being done in ... encouraging those experiencing problematic substance use to seek help -- must not be -- negatively impacted by the proposed legislative amendments.

Premier Horgan ... Health and Addictions Minister Judy Darcy ... take the ball over the goal line!  Make sure that you have done everything in your power to ensure that -- not only are there not another 60 young people who die from a drug overdose (or poisoned supply) – but that the full 6,000 people, have the supports needed, and available to them.