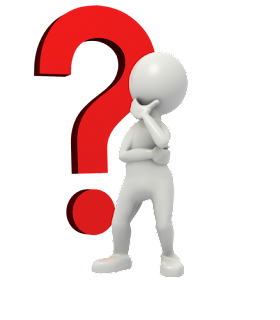 Don't feel bad if you're confused when it come to clarity around COVID-19 travel restrictions. The following is a list, provided by the BC Liberal Party, of conflicting quotations regarding travel restrictions from Premier John Horgan, and Health Minister Adrian Dix. This is followed by quotations on the matter from stakeholders such as the police.

• “Legal advice is what we’ve sought and we’ll take a look at it over the next couple of days… I want to put this either to rest so that BCers understand that we cannot do that, and we’re not going to do that, or there is a way to do it and we’re going to work with other provinces to achieve it.” – John Horgan, January 10, 2021 (Source: Vancouver Sun, April 15, 2021)

• “The review of our legal options made it clear we can’t prevent people from travelling to British Columbia. We can impose restrictions on people travelling for non-essential purposes if they are causing harm to the health and safety of British Columbians. Much of current interprovincial travel is work related and therefore cannot be restricted.” – John Horgan, News Release, January 21, 2021

• “Public health officials tell us what is most important is for everyone to obey health orders, wherever they are, rather than imposing mobility rules. Therefore, we will not be imposing travel restrictions at this time.” – John Horgan, News Release, January 21, 2021

• “There is a very good point. The travel issue has been bedevilling me from the beginning… Very challenging to put up checkpoints. That has not happened at any other part of the country.  There was a bubble in the Maritimes and that is easier to do -- smaller populations, fewer roads to cover -- but it would be very difficult here.” – John Horgan, CFAX, April 7, 2021

• “We haven't taken travel restrictions off the board, quite frankly. It's about how practical are they and how can we enforce.” – John Horgan, CBC, April 13, 2021

• “This will be conducted through random audits, not unlike roadside checks...” – John Horgan, April 19, 2021 Press Conference

• “…everybody who goes by will be asked where they're going [and] where they came from.” - John Horgan, April 19, 2021 Press Conference

• “[Police checkpoints that would apply to] …all vehicles over a period of time on a piece of highway somewhere in British Columbia” - John Horgan, April 19, 2021 Press Conference

• “[The Minister of Public Safety] will be using the Emergency Program Act, to restrict people’s ability to move from one health authority to another… it will be done in a way that includes everyone …And there will be consequences if you are outside of your area on non-essential business.” – John Horgan, April 19, 2021 Press Conference

• “We need a ferry system and the idea that we could shut it down or dramatically limit it I think wouldn’t be in the interests of Vancouver Island.” – Adrian Dix, CBC On the Island, April 16, 2021

• “Some people say, well, you can close the border or put up border restrictions. We've got a large border, and practically speaking, we're one country.” – Adrian Dix, CBC Vancouver, April 16, 2021

• “Some of these measures like closing provincial borders, the provincial border like we have, we’re in one country after all, are simply not practical to put in place.” – Adrian Dix, CBC  Daybreak Kamloops, April 16, 2021

• Cragie: “Why not bring in more restrictions this week?”

• "The VPD is not conducting random checks for compliance with travel restrictions. We have not seen specific details of these pending restrictions." - Vancouver Police Department

• “We would certainly ask that the government make us a priority for vaccination before they start asking us to start enforcing their public health orders.” - New Westminster Police Officers Association

• “The lack of information and details about the order has raised many alarm bells, especially in the middle of a global and local reckoning about systemic racism in policing and policing powers  – Joint letter of 11 organizations and societies

• “Police do not have the legal authority to ask questions like…Where are you going? Where are you coming from? For what purpose?” - BC Civil Liberties Association