AARON GUNN – Is this another infringement on the constitutional rights of Canadians that accomplishes little, while further deepening our societal divide? 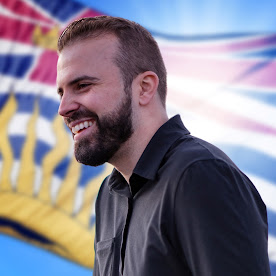 Last Tuesday, the Province of Quebec announced that residents who have elected not to receive a COVID-19 vaccine will soon have to pay a fine.

The decision being justified by Quebec Premier François Legault as a way for the unvaccinated to 'contribute” to the “overburdened” public health care system.

While no details regarding the fine amounts have been released, Premier Legault has made it clear these fines will be significant.

But will this “vax tax” really make much difference?

Or is it just another infringement on the constitutional rights of Canadians that accomplishes little, while further deepening our societal divide?

I explored this very question in my latest video, which you can watch on Facebook HERE or YouTube HERE.

In addition to announcing these new “vaccine fines”, Quebec, where nearly a quarter of Canada's population lives, was the first province to introduce a vaccine passport (which is now being expanded to include the 3rd dose) and reinstalled an unprecedented evening curfew earlier last month.

Which of course begs the question, where does it end?

We cannot continue to infringe on the rights of our fellow citizens in perpetuity - at least we can’t if we want to remain a healthy democracy.

And yet, that is exactly what the Government of Quebec is proposing we do.

Aaron Gunn ... is an independent journalist and an advocate for taxpayers and common sense. He is also undertaking the process of setting up a new political movement in the Province of BC by creating Common Sense BC.