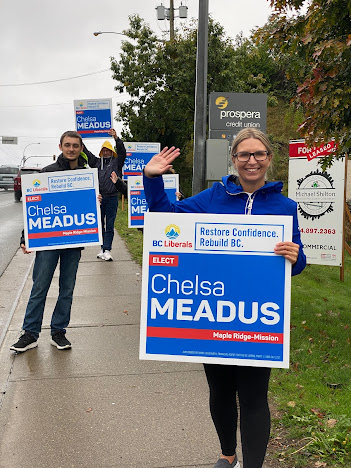 My personal opinion from knocking on thousands of doors as a previous Liberal candidate, is it’s not a powerhouse people desire, but a party they can relate to, and a leader they can identify with.

We have lost lifetime Liberal members, and we need to get those people back before the party can even start trying to win back the neutral voters. People are looking to be inspired, and I think now more than ever, people want a leader they feel they can connect with.

I’m a single mom raising two kids entirely on my own (I have two jobs one as a business owner). I don’t identify with very many people running for leadership here, nor do my constituents of Maple Ridge/Mission. This party used to be driven primarily by financially successful British Columbian‘s but that gap has changed; if you don’t appeal to the regular people like me, you can’t win.

The elite crowd is smaller, and many no longer need a government with a business focus to secure their wealth anymore. Many are supporting NDP social policies, maybe out of guilt, but it’s definitely a phenomenon nobody is tackling.

I think people want someone who can say “I understand what it’s like to have nothing and build something”.

I understand what it takes to create change, and the philosophy of a hand up not a handout.

We know we have a major epidemic in mental health and addiction. I want a leader who has experienced this firsthand with their family and their community – someone who has been in the trenches. Addiction cannot be helped from a skyscraper. A leader who has shed the tears required to understand firsthand the cycle and the mess the NDP has created. Someone who would help when nobody is looking.

I want real, which is why I love the politicians who are doing Facebook live videos because they’re not scripted. It shows they’re willing to be vulnerable because you won’t find perfection on a live video -- but you will get reality.

I hope when Liberals go to the leadership ballot, they are thinking about more than what they want as a Liberal member, and instead, more about what will inspire other people.  In my opinion that’s the only way to win the next election, at least in my riding. 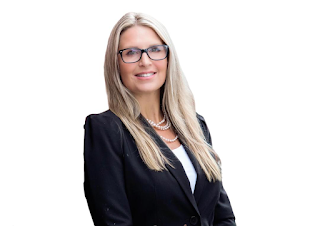 Chelsa Meadus ... was elected to Maple Ridge City Council in 2018, and in 2020 was chosen as the BC Liberal Candidate for the riding of Maple Ridge/Mission. She has volunteered passionately in her community since 1996, including advocating for Senior’s programming, and has also worked in non-profit for a good part of her career.

Chelsa is a single mom to three kids (twins 14 and a 21-year-old). She proud of her accomplishments while also balancing her children’s needs, and providing the best life she can to them. Chelsa believes we must dismantle the Family maintenance enforcement program and says that as someone who is owed over $200,000, she knows the program doesn’t work very well.